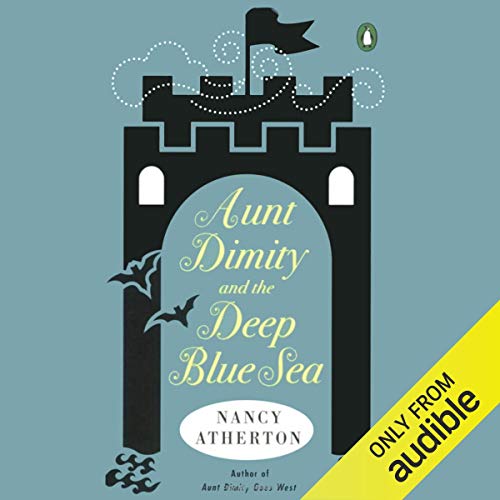 By: Nancy Atherton
Narrated by: Teri Clark Linden
Try for £0.00

Nancy Atherton ’s Aunt Dimity novels have enchanted thousands of readers, and this new addition to the series is likely to broaden the spell. A series of death threats sends Lori Shepard to a remote island off the Scottish coast and to a fabulous castle restored by an eccentric friend of her husband’s. But she finds herself drawn into an elaborate whodunit that may involve smuggling - or worse. Why has a human skull washed up on the beach? Is a desolate island really the best place to hide from a murderer? As Lori draws once more on Aunt Dimity’s supernatural aid, Atherton whips equal measures of whimsy and suspense into an irresistible confection.

What listeners say about Aunt Dimity and the Deep Blue Sea

I've enjoyed the Aunt Dimity stories forever and was so looking forward to catching up in the car on my long commute. This is the utter worst narrator I have ever listened to--wish I had read the other reviews before purchasing the Audible version. She is robotic at best but when, as here, she tries for a British or Scottish accent, she is SO far off it seriously detracts from the story. She would be better off just reading, and leaving off the changing "voices' for the different characters. And even I know how to pronounce "Hebrides" and "Edinburgh."

I love Nancy Atherton and the Aunt Dimity series, but this narrator sounds like a robot. I couldn't even stand to listen to her the whole time, so I just bought the book and read it. Phenomenal novel; horrendous narrator from Audible.

I can’t even listen to this

I have read all of the aunt Dimity series. First one on audio. I can’t listen to it! Sounds like it’s being read by a robot! I’ll just read it in regular book form