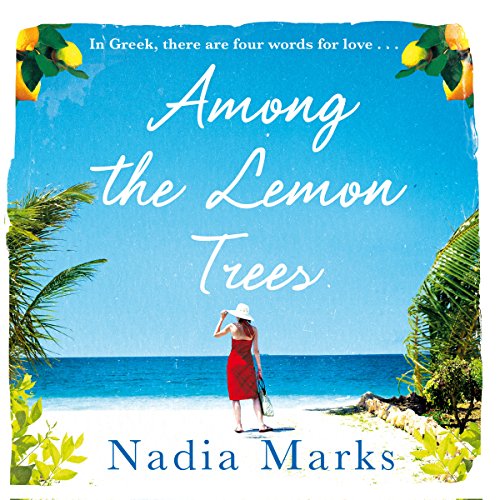 Among the Lemon Trees

By: Nadia Marks
Narrated by: Daphne Alexander
Try for £0.00

For fans of Victoria Hislop's Cartes Postales from Greece comes Among the Lemon Trees, the debut novel from Nadia Marks.

Anna thought her marriage to Max would last forever. Having raised two happy children together, she looked forward to growing old with the man she loved. But when a revelation from her husband just before their wedding anniversary shakes her entire world, she's left uncertain of what the future holds.

Needing time to herself, Anna takes up an offer from her widowed father to spend the summer on the small Aegean island of his birth, unaware that a chance discovery of letters in her aunt's house will unleash a host of family secrets. Kept hidden for 60 years, they reveal a tumultuous family history, beginning in Greece at the beginning of the 20th century and ending in Naples at the close of the Second World War.

Confronted by their family's long-buried truths, both father and daughter are shaken by the discovery and Anna begins to realise that if she is to ever heal the present, she must first understand the past....

What listeners say about Among the Lemon Trees

I loved this book. In my favourite country. A Greek Island. I loved the hearing about the past & then the present day.

Sweet, but slow and repetitive

Enjoyable listening. But very simple, repetitive and obvious. Didn't enjoy as much as hoped. Only ok.

a lovely story well read. was transported into another world of sun and love. would highly recommend it

I don't need to read about rape in a book. loved the first 30 chapters (3/4s) but stopped dead there. I'm not going to finish it.

loved this book and the characters. Couldnt stop listening and I felt the heat of their Italian adventure.