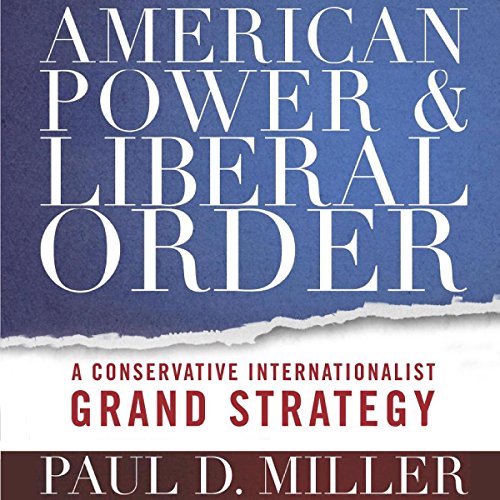 The wars in Iraq and Afghanistan convinced many policymakers and scholars that the United States should pull back in international affairs and that restraint should guide grand strategy. Paul D. Miller offers a tough-minded critique of this trending body of thought, arguing that US security in fact depends on active, sustained support of the international liberal order.

Miller blends academic rigor with his experiences as former Director for Afghanistan and Pakistan on the National Security Council to offer conservative internationalist prescriptions for US grand strategy. Dismissing claims of overextended US resources and perceived safety, Miller argues that nuclear autocracies, armed non-state actors, failed states, and the transnational jihadist movement still pose immense threats to American security and the international system. His analysis offers policy options for balancing against the nuclear autocracies, championing liberalism to maintain the balance of power in its favor, targeting militant non-state actors, investing in governance in weak and failed states, and strengthening homeland security. As Miller shows, these necessary steps will fortify the international liberal order that forms the outer perimeter of American security - and aid US efforts to craft a more just peace among nations.

"Deserves a wide reading among those who take an interest in grand strategy and in America's relationship with the world." (Hal Brands, Duke University)

What listeners say about American Power and Liberal Order