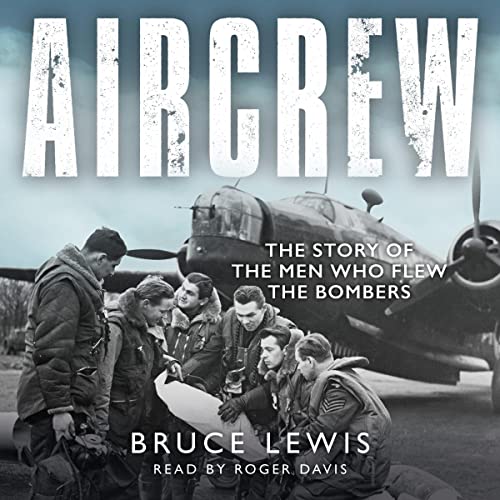 By: Bruce Lewis
Narrated by: Roger Davis
Try for £0.00

A vivid first-hand account of the tension and excitement of flying missions over Nazi Germany.

The British and American bomber crews of the Second World War often had to endure the most terrifying conditions. Not for them the glorious, all-or-nothing exhilaration of the Battle of Britain pilots—rather, the slow dwindling of courage as mission followed mission, the long freezing, ear-shattering journey to the target, the bursting flak, the prowling night fighters. Then, if they were lucky, the long haul home, sometimes nursing a battered, barely flyable machine, often perilously short of fuel.

Bruce Lewis flew in 36 such raids. In this book, he records, in his own words and those of his fellow survivors, the events that made operational flying such a fearful experience.

This is a blisteringly honest account of life for the Second World War bombers.

What listeners say about Aircrew

A fantastic book that gives really great and unique insight into the lives of bomber aircrew. Great work as ever by Mr. Davis as the narrator for the most part (he is probably the best narrator of aviation memoirs in my opinion), only let down slightly by accents which, in my opinion, weren’t necessary and became ever so slightly distracting at times.