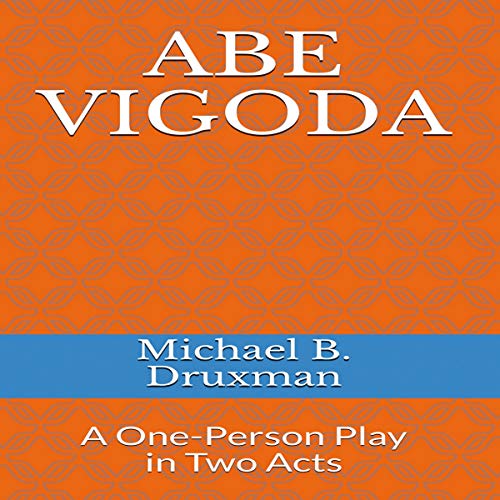 By: Michael B. Druxman
Narrated by: Tee Quillin
Try for £0.00

“I got the role in barney miller because the producer thought I looked tired. I looked tired because I had been jogging earlier that day.” (Abe Vigoda)

Abe Vigoda worked as an actor for all of his adult life.

He did theatre...He did television...

But it wasn’t until he was 50-years-old that he got a role where the public even noticed him.

He played Tessio in The Godfather, and after appearing in that classic gangster film, major supporting roles in both films and television series came his way.

Most of those roles were gangsters, but then he was cast on the other side of the law.

He played Detective Phil Fish on Barney Miller, and, later, he starred in his own series, Fish.

Michael B. Druxman’s humorous one-person play, Abe Vigoda, finds the actor with a major problem. The press has, erroneously, announced that he is dead, and his agent’s phone has stopped ringing. Now, Abe has to convince the entertainment industry that he is still with us.

What listeners say about Abe Vigoda: A One-Person Play in Two Acts