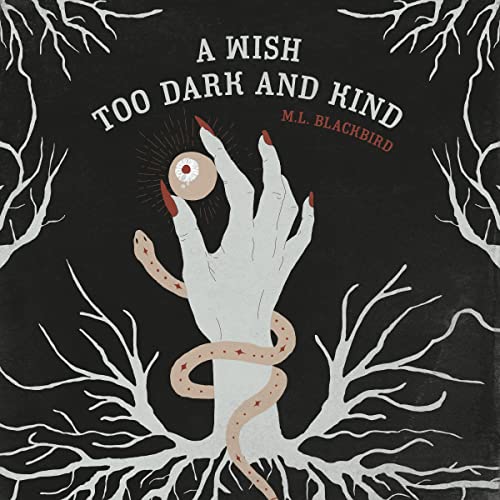 A Wish Too Dark and Kind

Among the immortals that inhabit our world, Arnaud Demeure is known as the man who can fulfill your one true wish or who can also conjure your worst nightmares.

Eight invitations are sent to eight immortals, and when Arnaud Demeure hosts a party, none refuse his request. Why have they been summoned? Is it for a celebration or does a sinister fate await them? After all, in the ways of Magick, a party can also be a ritual to end the world.

As the mystery deepens, the attendees must overcome their personal grudges to unravel the threads of Demeure's grand plan that has been centuries in the making. But, with one of the guests secretly working with their host to sabotage the group's every move, it seems impossible to look behind the curtain to learn Demeure's true intentions.

With each guest hiding dark secrets and darker intentions, will they be able to uncover Demeure's mysterious motives or will the party prove to be the deadly nightmare that they each fear?

What listeners say about A Wish Too Dark and Kind

I enjoyed the narration of Guy Barnes, who brings out the mystery and suspense of this book

This book is packed with action and is basically a murder mystery with heavy fantasy elements. The storyline moves between past and present. I enjoyed the mystery and the fantasy elements also and the complex magical system that was created. The mythology parts kept me intrigued throughout.

A Wish To Dark And Kind

This book cause a mix of emotions in me. It has a lot of layers with it ( too many to list). I actually can’t think of words to describe it. For one thing I couldn’t put it down, it’s 3am and now I’m to freaked out to sleep. I know I was ask to review it but all I can say is you must listen to it yourself. I almost feel as though I could read it again and see things differently??? If your into dark things it’s definitely for you !