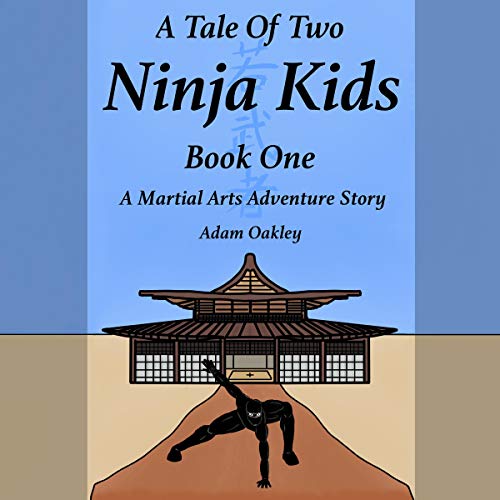 If you could swap lives with a real ninja kid in Japan, would you risk it? This is what Martin decides to do to follow his ninja dreams and live the life of a dedicated Japanese martial artist. In his journey, he meets unexpected dangers, threats that he never expected, and realizes that skill does not come overnight - it takes practice!

This is a fun, action-packed, and inspirational ninja kids book for all listeners aged eight and above.

There are two ninja kids living on opposite sides of the world, and they both want each other’s lives. A young boy in Japan named Myasako cannot stand his rigorous training any longer. He wants to be a normal boy, able to play and run and have fun with his friends after school. The other boy in England named Martin dreams of being a real ninja, training daily and turning his body into a weapon, but the closest he has come to it so far is dressing up in his ninja outfit and throwing kicks and punches around the living room of his mother’s house.

The two ninja kids get the chance to swap lives for a while, and they learn for the first time that they have been overlooking very valuable and worthy things back home - things they never noticed until they were taken away. Both encounter dangers they never expected, and it is only through the stealth and speed of ninja skills that they have any chance of escape.

A book of martial arts action and adventure as well as a story that instills values of appreciation, mastery, and discipline, this is an adventure for anyone who loves to see what a real ninja kid can do when he is forced to use his skills for the good of others.

Hesitation is an enemy of the ninja - get the audiobook now for yourself or a loved one!

What listeners say about A Tale of Two Ninja Kids: Book 1

hi adam was realy inter taned with the book i alwase to lisen when i had the chans!!!