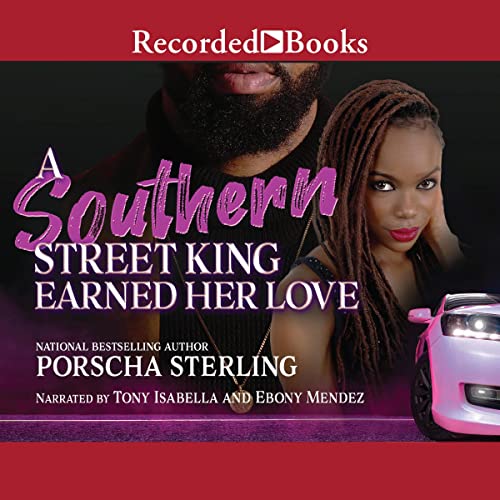 By: Porscha Sterling
Narrated by: Ebony Mendez,Tony Isabella
Try for £0.00

And rocking Gucci from head to toe.

He came into my life like the storm I'd never expected, forcing his way into my life with all the cocky arrogance that a man who built his way up from the bottom could possibly have. Like a god in human form, he seduced me with ease, and though I tried to play hard to get, he knew from the beginning that he would be getting me.

But I want him anyways.

What listeners say about A Southern Street King Earned Her Love

The u for closure, at least on one relationship. I hate when books leave us hanging completely. This was a good story and the narration was good as well 👌

This poor girl has gone through so much. That husband needs to never come back. I love how Gucci looks out for her.