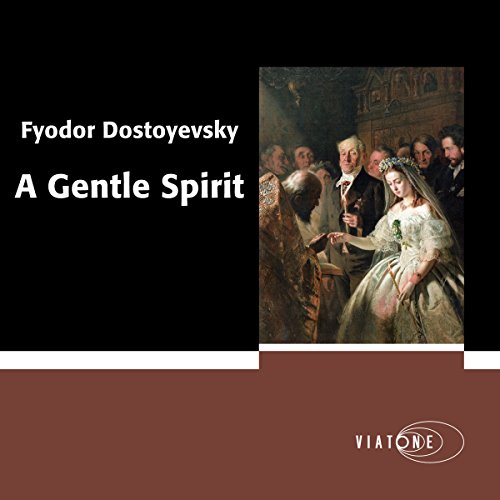 By: Fyodor Dostoevsky
Narrated by: David Bateson
Try for £0.00

A Gentle Spirit, from 1876, was released in Dostoyevsky's one-man periodical, A Writer's Diary, which was always eagerly anticipated in his contemporary Russia. The short novel is a despairing man's monologue on the night after his young wife's suicide, and through his incoherent speech by her deathbed the background of the tragedy slowly unfolds. The narrator is a retired officer who now earns his living as a pawnbroker. He feels unappreciated by his peers and marries a young, poor, but proud woman whom he suppresses and dominates in an attempt to gain appreciation and love. His strict demands, however, have the opposite effect.

"You simply feel like crying as you read; there are very few such jewels in all of European literature." (Saltykov-Shchedrin, Dostoevsky)
"...one of the finest and purest creations that ever came from Dostoevsky’s pen.... A Gentle Spirit is also Dostoevsky’s best-rounded and most finely modulated portrait of his 'underground man' character type. Nowhere else is he presented so fully as a sensitive and suffering human being, whose inhumanity derives from a need for love that has become perverted and distorted by egoism and vanity." (Joseph Frank, Dostoevsky)
"A rather small book, but it is big for all of us, unattainably big." (Knut Hamsun)

What listeners say about A Gentle Spirit