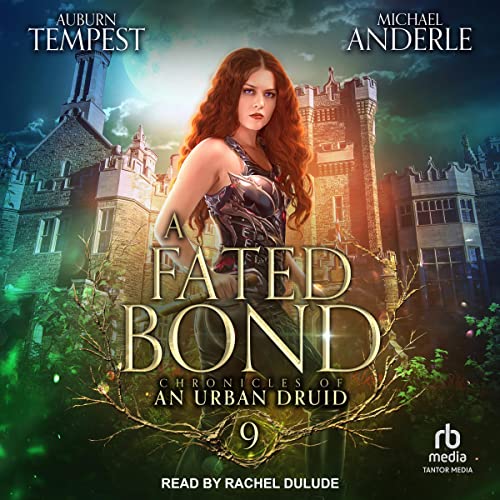 By: Auburn Tempest,Michael Anderle
Narrated by: Rachel Dulude
Try for £0.00

Ye screw with this lass, ye get put on yer ass.

Magic, dragons, elves, and vampires are my new normal. At any point, I might get attacked by an angry book, be on the shit-list for forgetting to hook up my battle bear's keg, or get called to investigate a gruesome magical murder.

And how cool is that?

Well . . . the investigating part, not so much the murder.

When Garnet brings Team Trouble in to investigate a string of discarded bodies, none of us likes where the evidence points. My Spidey-sense says something isn't right.

In the human realm, the evidence doesn't lie. In the empowered realm . . . nothing is as it seems.

Join Fiona as she strikes off on another action-packed adventure in the ninth installment of the Chronicles of an Urban Druid.

What listeners say about A Fated Bond

This book series it among my favorites!! I can’t wait for more books!! Hoping for some side stories and some prequels. Fingers crossed!!

I enjoy this series so much that I now own the book set of this 15 book series!