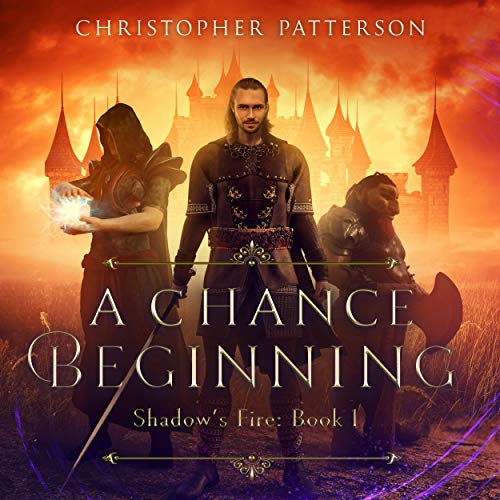 By: Christopher Patterson
Narrated by: Amrit Sandhu
Try for £0.00

Erik Eleodum never wanted to be a hero. Fate had a different plan.

Erik will face danger, deceit, murder, death, evil, and - most terrifyingly - himself, to become the hero he was always meant to be.

Erik is content farming for his family for the rest of his life, while his brother and cousin can't think of a worse fate. For different reasons, they leave the life they know behind. Soon, their world crashes down around them as they realize it is cruel, brutal, selfish, and violent. Now, they must not only rely on one another, but also on gypsies, thieves, mercenaries, dwarves, and a mage for their survival.

In the end, Erik will face danger, deceit, murder, death, evil, and - most terrifyingly - himself, to become the hero he was always meant to be as an ancient evil many thought only a myth resurfaces.

Enter a world fans have compared to the epic fantasies of Lord of the Rings and Game of Thrones, a world of adventure, terror, political intrigue, sorcery, and great heroic deeds. Come face-to-face with ogres, elves, dwarves, slavers, black mages, ruthless warriors, dragons, evil and fear.

A true hero's journey of faith, friendships, and trials well worth the price of admission!

What listeners say about A Chance Beginning

awesome book really enjoyed it.
did not want to put it down. looking forward to the next one.

If you like Jr Tolkien you will absolutely love this book! I'm very excited to hear the next two, what an epic adventure story

200+ audiobooks over 4 years and can't finish this

200+ audiobooks over 4 years and can't finish this, the additional sounds are a nice idea, but no well executed so it is more annoying than anything else. the story can't save it either, 4 hours in and just couldn't continue. skip this one.

Was not my favorite, I couldnt connect with the characters or the story. I have no clue where the story was heading or why it was going there. Just not my cup of tea.
Narration however was well done, in a better book I bet he would be great!