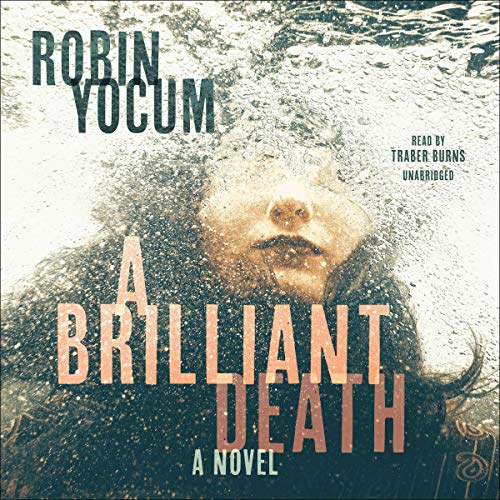 By: Robin Yocum
Narrated by: Traber Burns
Try for £0.00

Amanda Baron died in a boating accident on the Ohio River in 1953. Or did she? While it was generally accepted that she had died when a coal barge rammed the pleasure boat she was sharing with her lover, her body was never found.

Travis Baron was an infant when his mother disappeared. After the accident and the subsequent publicity, Travis’ father scoured the house of all evidence that Amanda Baron had ever lived, and her name was never to be uttered around him. Now in high school, Travis yearns to know more about his mother.

With the help of his best friend, Mitch Malone, Travis begins a search for the truth about the mother he never knew. The two boys find an unlikely ally: an alcoholic former detective who served time for falsifying evidence. Although his reputation is in tatters, the information the detective provides about the death of Amanda Baron is indisputable - and dangerous.

Nearly two decades after her death, Travis and Mitch piece together a puzzle lost to the dark waters of the Ohio River. They know how Amanda Baron died and why. Now what do they do with the information?

What listeners say about A Brilliant Death

Ok story, ok narration. Very slow paced for a mystery, and a predictable ending. I've read two other books by this author, and they were better than this one.

I had my doubts at first. It starts out a little slow, but hang in! It really is a great book.

Thank you Robin for another very well written book.

Loved it. Really good read, not too long, just right. Enjoyed the twists and turns plus the camaraderie.

I have listened to 12 books this Summer..this is the best!! I am from West Virginia...loved reading a book referring to places I know!!

At first the narrator’s voice got on my nerves, but I quickly realized that he was perfect. A coming of age story. A mystery unraveled. Quite satisfying.

Wonderful story of friendship, loyalty and love between two young boys. A ‘must read’ for certain. This author never disappoints.

In the beginning the narrator was so boring. He almost put me to sleep. As you keep listening I began to get the tone of the story. This is a book that you should keep listening to. Great book! The end almost had me in tears.

A Brilliant Death didn’t disappoint! It exceeded my expectations. I’m familiar with the lives and places that he writes about so it’s more personal for me. It feels like “home” whenever I start one of Yocum’s books. The narrator was especially good for this one.

SO SORRY IT IS OVER

This book is excellent! Would recommend to anyone! Great characters and great story. What a talented author. Narrator was good too. I am so sorry it is over.