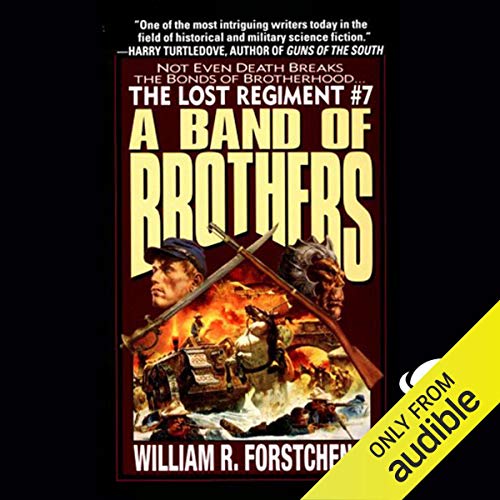 A Band of Brothers

By: William R. Forstchen
Narrated by: Patrick Lawlor
Try for £0.00

In the 10 years since his regiment was transported to an alien world, Commander Andrew Keane has bravely fought time and time again for humanity's freedom. But after he is injured in battle, his confidence is shaken, and his ability to lead is damaged. Seeing their leader struck down also takes its toll on Keane's men, who have followed him to hell and back. Now, with the Human Republic weakened, their sinister enemies - the Bantags - offer a truce to the two halves of the Republic - one that would guarantee safety for one nation, and seal the doom of the other! Now, Keane must face his demons, or the dream of freedom will be lost forever.

What listeners say about A Band of Brothers

This volume was pretty much the same as the last one; a lot of fighting and driving home the fact that the humans are at the breaking point. Things tend to pick up mostly at the end, where there's a shakeup among the Bantag leadership. Once again, if you liked the rest of the series, you'll want to read this.

Wow gets better and better

This one of the few series that I can't put down once I start reading. Feeling sad only a couple more books till it ends.....

to be so far into the series it is still very catching and interesting. must read.

Wow did not think this series would keep getting better but it does. still hooked.