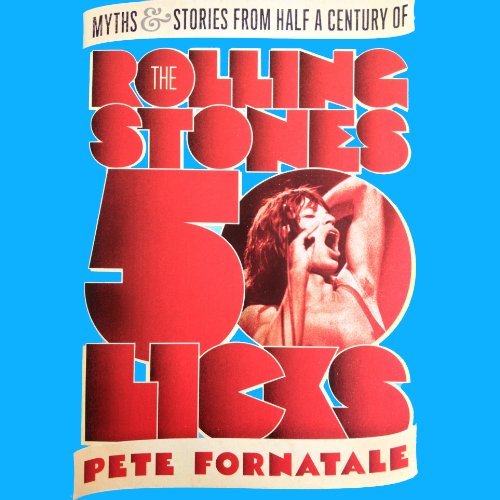 Behold the Rolling Stones: run-ins with the law, chart-topping successes, and now the World's Greatest Continually Operating Rock and Roll Band. 50 Licks tells the story of the Stones, right from its very origins. On July 12, 1962, London's Marquee Club debuted a new act, a blues-inflected rock band named after a Muddy Waters song-the Rolling Stones. They were a hard-edged band with a flair for the dramatic, styling themselves as the devil's answer to the sainted Beatles.

A young, inexperienced producer named Andrew Loog Oldham first heard the band at a session he remembers with four words: "I fell in love." Though unfamiliar with such basic industry practices as mixing a recording, he made a brilliant decision-he pitched the band to a studio that had passed on the Beatles. Afraid to make the same mistake twice, they signed the Stones, and began a history-making career. This is just one of the fifty classic stories that make up 50 Licks, each named for a different Stones song. Many are never before told, some are from exclusive interviews-including with elusive bassist Bill Wyman-and all are told by the people who lived them. Part oral history, part memorabilia, this fiftieth anniversary audiobook is the Stones album every collector will need to have.

What listeners say about 50 Licks

This is very well done. Lots of short stories and names the sources with plenty of quotes, and both sides of the story. Very good.