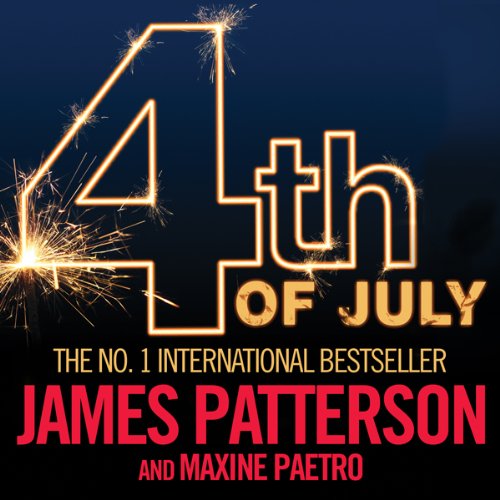 By: James Patterson,Maxine Paetro
Narrated by: Pat Starr
Try for £0.00

The 4th novel in James Patterson's Women's Murder Club series. In a late-night showdown, Detective Lindsay Boxer has to make an instantaneous decision: in self-defence she fires her weapon - and sets off a chain of events that leaves a police force disgraced, a city divided and a family destroyed. Now everything she's worked for her entire life hinges on the decision of twelve jurors. To escape the media circus, Lindsay retreats to the picturesque town of Half Moon Bay. Soon after, a string of grisly murders punches through the community. There are no witnesses; there is no pattern. But a key detail reminds Lindsay of an unsolved murder she worked on years ago. As summer comes into full swing, Lindsay and her friends in the Women's Murder Club battle for her life on two fronts: in court and against a ruthless killer.

What listeners say about 4th of July

The book is great, shame about the narration

The book is brilliant. As full on as the other Lindsay Boxer cases are.

However the narrator is infuriating! She seemed to almost whisper at times. It was almost like there were points where she was trying to make the most mundane of tasks appear "sexy"?? She put emphasis on some weird points that had no reason to be emphasised? Not looking forward to having to put up with her for book 5. Hopefully the new narrator from book 6 will be better

Loving this series so far. James Patterson always keeps you listening. The only down side for me is the narrator she makes weird noises, it's like she's always got a dry mouth are something anyway it's very off putting, but if you can get past the narrator the book is very good.

Enjoyed the ladies, the fun of friendship & I love the way the puzzle fits together. The Joy of girl power

The twist in the plot was outstanding .i couldnt stop listening and it kept me away from watching any form of series( i am a series lover)

love most james patterson books and I find them totally addictive. its costing me a fortune lol.

Not run of the mill

Yes...some of the usual cop book things in there...but some twists that were not expected. But what I liked best was having a number of stronger female roles-

Well worth listening to.

I've read this before and loved it, but listening to it was so much better,I would recommend this book to everyone.