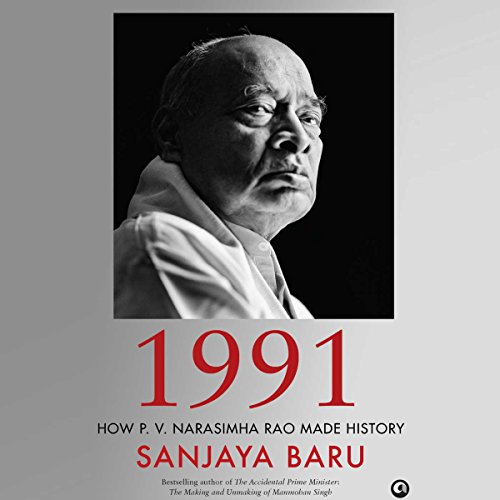 By: Sanjaya Baru
Narrated by: Avinash Kumar Singh
Try for £0.00

P. V. Narasimha Rao (or PV, as he was popularly known) has been widely praised for enabling the economic reforms that transformed the country in 1991. From the vantage point of his long personal and professional association with the former prime minister, best-selling author Sanjaya Baru shows how PV's impact on the nation's fortunes went way beyond the economy.

This book is an insider's account of the politics, economics and geopolitics that combined to make 1991 a turning point for India. The period preceding that year was a difficult one for India: economically, due to the balance of payments crisis; politically, with Rajiv Gandhi's politics of opportunism and cynicism taking the country to the brink; and globally, with the collapse of the Soviet Union, its ally.

It was in this period that the unheralded PV assumed leadership of the Indian National Congress, took charge of the central government, restored political stability, pushed through significant economic reforms and steered India through the uncharted waters of a post-Cold War world. He also revolutionized national politics, and his own Congress party, by charting a new political course, thereby proving that there could be life beyond the Nehru-Gandhi dynasty.

The year 1991 marked the end of an era and the beginning of another. It was the year that made PV. And it was the year PV made history.

What listeners say about 1991

Well written book explaining the overall setup and story of the year. Narration as well is really good, kept me engaged.