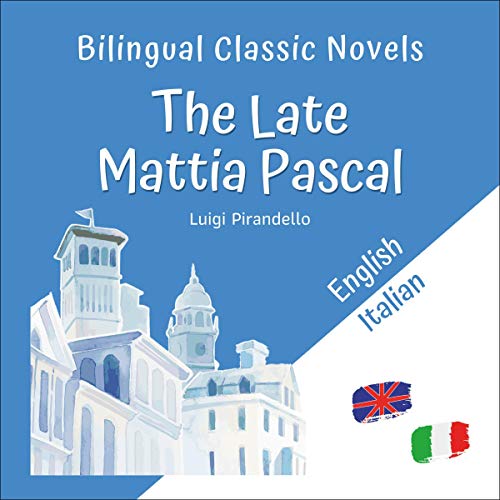 Learn Italian with bilingual novels: listen to a chapter in both languages, one after the other and quickly improve your understanding.

The Late Mattia Pascal is a 1904 novel by Luigi Pirandello. It is one of his best-known works and was his first major treatment of the theme of the mask.

The protagonist, Mattia Pascal, finds that his promising youth has, through misfortune or misdeed, dissolved into a dreary dead-end job and a miserable marriage. His inheritance and the woman he loved are stolen from him by the same man, his eventual wife and mother-in-law badger him constantly, and his twin daughters, neglected by their mother, can provide him with joy only until an untimely death takes them. Death robs him even of his beloved mother.

To escape, he decides one day to sneak off to Monte Carlo, where he encounters an amazing string of luck, acquiring a small fortune...