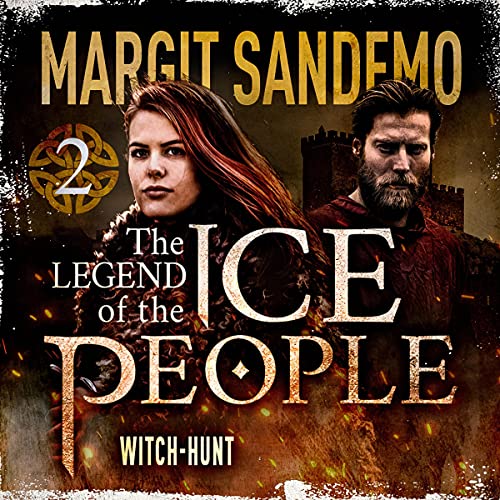 By: Margit Sandemo
Narrated by: Myanna Buring
Try for £0.00

The Legend of the Ice People series has already captivated 45 million readers across the world.

The story of the Ice People is a moving legend of love and supernatural powers, a tale of the essential struggle between good and evil.

In the Valley of the Ice People, amid the beautiful mountains and meadows, Silje and Tengel are raising a family. But they're not like the others. Their lives are bound up with the legacy of an evil spirit and their daughter, Sol, has a frighteningly dark inheritance.

When old Hanna, an evil old witch, tells them of their fate, they don't believe her. It's not long though until they are forced out of the valley to the outside world, where witches and sorcerers are hunted down.

How will they survive? And will the black magic that runs through their lives prove to be a blessing or a curse?

Margit Sandemo was born on 23 April 1924 in Norway. She was raised in Sweden but later moved back to Norway. She made her debut as an author in 1964.

Love and supernatural powers are the hallmarks of her authorship, and she is the best-selling author in the Nordic countries, with more than 39 million copies sold.

The Legend of the Ice People comprises 47 volumes.

Margit Sandemo is, simply, quite wonderful.
-- The Guardian

Full of convincing characters, well established in time and place, and enlightening... will get your eyes popping, and quite possibly groins twitching... these are graphic novels without pictures... I want to know what happens next.
-- The Times

A mixture of myth and legend are interwoven with historical events, this is an imaginative creation that involves the reader from the first page to the last.
-- Historical Novels Review

Loved by the masses, the prolific Margit Sandemo has written over 172 novels to date and is Scandinavia s most widely read author...
-- Scanorama magazine

What listeners say about Witch-Hunt

love this story very much. narreation is lovely and passionate. is a pleasure to listen

I read each 47 of these books 4 times as a kid that should tell you enough about wether it's good or not.

It's impossible to give an objective review of books I was obsessed with as a kid, so I'm only going to review the narration and production:
While the voice is very pleasant, she makes almost no effort to vary her voice depending on who's speaking unless it's the youngest kids.
When there's a new paragraph in the books (double line space, but not a new chapter) the pauses between paragraphs are so short you don't even notice it. This can be confusing since that's when Sandemo switches scenes and characters. If your attention slips the wrong second, it'll take you a while to realize the setting has changed.