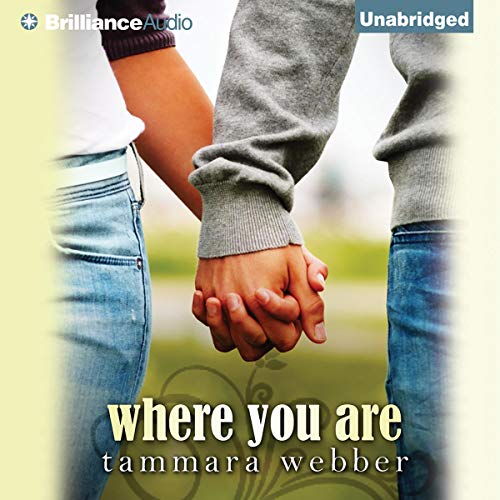 By: Tammara Webber
Narrated by: Kate Rudd,Todd Haberkorn
Try for £0.00

Graham Douglas doesn’t do romantic relationships, but he was knocked for a loop when he met Emma Pierce on the set of his last film. As they grew closer, he did everything in his power to keep from falling for a girl being pursued by superstar Reid Alexander. Now home in New York, his life is once again under control, until Emma appears and shows him how not over her he is.

Emma Pierce is forsaking an up-and-coming Hollywood career to embark on a life she’s only dreamed of - the life of a regular girl. After spending months burying her feelings for the two night-and-day guys who vied for her heart while filming her last movie, a twist of fate puts her in a coffee shop in the middle of Manhattan with the one she still misses.

Brooke Cameron was a fresh-faced Texas girl when she arrived in LA. Now she’s a beach sitcom star turned conceited heiress on the big screen. Having just survived three months on location with her ex - Hollywood’s reigning golden boy - she’s older and wiser and has her sights on her close friend Graham. The only thing standing in her way is the girl he can’t forget.

Reid Alexander can sum up his life in one word: boring. Between film projects, there’s little going on outside of interviews, photo shoots, and the premiere of the film he finished last fall. The next-to-last thing he expects is to get a second chance with Emma, the girl who rejected him. The last thing he expects is for his still-bitter-ex to be the one to offer it to him on a platter.

What listeners say about Where You Are

Alright, here goes... I LOVED THIS BOOK. I don't care who knows it. I will shout it from every rooftop, every day, for the rest of my life. Okay that was an exaggeration, but this book is that good. Is it literary genius? No. Is it more fun then Disney World drunk? YES!

I don't believe I have ever loved one character so much while utterly loathing another. I seriously considered fictional murder. There were times I wanted to through my phone across the room but the end makes up for every hard feeling. It was perfect.

A good continuation of Book 1

Second verse, as good as the first

As good as the first! And hurray, we get to hear part of the story from Graham’s point of view too! He was a favorite of mine from the first book and I was so glad he didn’t fade into the background. This time the POV alternates among Reid, Emma, Graham, and Brooke, with the same great narrators from before sharing out the reading time.

Now that filming as wrapped, our newly disbanded acting troupe spends this book trying to figure out what to do next, both professionally and romantically. You can expect plenty more soap opera worthy hijinks, and in some ways these are more blatant this time around. I spent a lot of time looking forward to what I hoped would be quite a comeuppance for dirtier players in these soap opera schemes! And the love story that balances things out is wonderfully sweet. (Did I mention I love Graham? Oh wait, yes. Yes I did.)

If you enjoyed the first book you’ll be happy with this one too. It’s the third book in the series that I’ve heard raves about so I’m doubly happy to continue on with this series!

I loved the first book and bought this one, the second in the series. It's a few months later, filming is over, and it's time for publicity and a premiere. For the first few chapters, I cringed every time I tried to listen to this book.

Happily, it turned into a charming romance with a HEA despite the hilariously evil shenanigans of Reed and Brooke.

One of my Favorite!

I keep coming back to this series to listen. I can't tell you how many times I have listened to this book series! Tamara Webber does such a great job with each character! Every little detail is covered! Love it!

Her novels draw you in with character relationships, a good story line, and they are enjoyable from beginning to end.

I actually stopped listening to the book. I read one of the series and thought I would enjoy listening to another one but the male reader was so awful sounding I couldn't go on. It is really bad when the female reader has a better male voice than the actual male. I will have to read the story instead. It seemed like a good book but not enough that I could listen to the voices reading it, I like my imaginary ones better.

I must admit this book wasn't the best out of the series yet it presented a very good starting point for the third book .. not much went on except more depth with brook's personality which I find annoying and interesting at the same time .. I just HATE Reid for some reason ..

This is a great series and the two narrators really make the books come alive! They tell the stories from several different points of view and definitely brought the characters to life. Wonderful listens!

I loved "On Dublin Street" so I had to get her other books. This is not as good but still kept me interested. A little to young for me but still worth the credit.