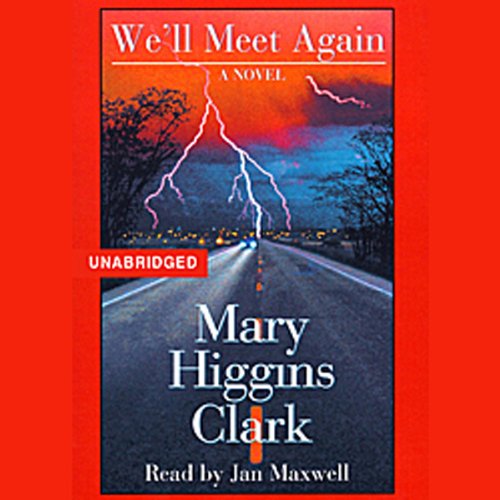 At the heart of Mary Higgins Clark's stunning new novel of suspense is a brutal murder: that of Gary Lasch, a respected and successful young Greenwich, Connecticut, doctor and hospital and HMO head.

He was found dead at his desk at home, his skull crushed by a blow with a Remington bronze sculpture, a prized piece from his art collection. The news strikes Greenwich society like a thunderbolt - as does the news that Molly Carpenter Lasch, the beautiful young wife of the slain doctor, has been arrested for her husband's murder.

According to the trial testimony of her housekeeper, Molly had left home in a rage against her husband to go up to their house on Cape Cod. The morning after Molly's return, the housekeeper found Gary dead in his study and Molly upstairs in bed covered with blood. Nobody believes Molly's claim to have no memory of the events of the night of the crime - not her parents, not her friends, not even her own lawyer - and evidence against her is overwhelming. To escape an inevitable conviction she accepts a plea bargain, and subsequently her lawyer wins her early parole.

A few years later, on Molly's release from prison, she reasserts her innocence in front of TV cameras and reporters gathered at the prison gate. Among them is an old acquaintance and schoolmate, Fran Simmons, currently working as an investigative reporter for the True Crime television series. Determined to prove her innocence, Molly convinces Fran to research and present a program on Gary's death. Despite her skepticism, Fran agrees to go ahead. In doing so, she has a second agenda - to learn the truth about her own father's suicide some 14 years earlier, on the very night she graduated from Greenwich's Cranden Academy, which both she and Molly attended. Struggling to keep up a lifestyle he couldn't afford, apparently Fran's father killed himself because he was about to be exposed as an embezzler, although no trace was ever found of how he spent the missing money. F...

It was great to find a Mary Higgins Clark book again ! If you like a straightforward crime book, you won't be disappointed.

Sound quality not as good as usual

Story very good. Narration very good too, though there was a distant background noise which was off putting when listening via car speakers or on speaker.
Also would be good to have a slight pause when changing characters, with having just the one narrator.
Recommend the book though.

Can listen again and again

What did you like most about We'll Meet Again?

Which character – as performed by Jan Maxwell – was your favourite?

This is a great example of one of Mary's earlier books. Even though I read the book a few years ago, I have happily listened to the audible version twice, despite already knowing the outcome!!

Where does We'll Meet Again rank among all the audiobooks you’ve listened to so far?

A great story plot that you can listen to anytime and anywhere, YES, your kids can listen too. So glad to find an author that is suspenseful but yet don't have to worry about who is listening in. THANK YOU MRS MARY HIGGINS CLARK

I have read several Mary Higgins Clark novels and have enjoyed them. Which is why I decided to try "We'll Meet Again" ala Audible. I was not disappointed by the novel in itself, nor was there anything lacking by the actor Jan Maxwell, whose voice appeals to me a lot. All that said I think the editing of the novel lacked flow, or rather too much flow.

Many times while listening to the book I would find myself wondering how we got to where we were. I wondered if my mind had wandered off. I would have to back up to a point where I understood the story and then would continue forward to a point where it dawned on me that the chapter had changed. There was so little pause, that the next chapter sounded like the next sentence. A bit annoying whiling driving.

What made the experience of listening to We'll Meet Again the most enjoyable?

Jan Maxwell's performance. She has a nice voice compared to the other reader, Christina ______. There are a few other Mary Higgins Clark books I would like to read and listen to but cannot listen to Christina's reading but Jan Maxwell does a very, very nice job and now the only books that I will read/listen to (I switch back and forth - when driving in the car or doing housework I will listen and at night, I will read the Kindle version.

The Best of Mary 6 Higgins Clark...

Loved this book. Couldn't put. It down. Finished it within a weekend. Wish I had more time. I WANT to read every book. Of Mary Higgins Clark.

I have always enjoyed reading Mary's books. This was one of the stories that ranks high with me.

I liked the book and have read almost all Mary Higgins Clark books. There are some moments where there isn’t a pause between story lines. The narrator just keeps reading through scene changes. Other than that it was a good listen.

Strory was Suspenseful & Narrarator was enjoyable to listen to! I would listen to Again & Again!!!! EXCELLENT!! MARY HIGGINS CLARK IS THE BEST!!!!👌👍🏿

I had a bit of a hard time getting into this particular story certainly the beginning was very slow moving.
Others may love it however , just not my type a storyline .
The interview at the end however is almost worth the credit.... I absolutely adore Mrs. Higgins Clark personality and think she is simply fabulous!

Mary is an amazing writer. This story takes you down the twists and turns of who done it. The narrator was very good.

I have always enjoyed reading Mary Higgins Clark and this book did not disappoint me. I couldn't put it done and the plot had wonderful twists and turns. I definitely recommend it.