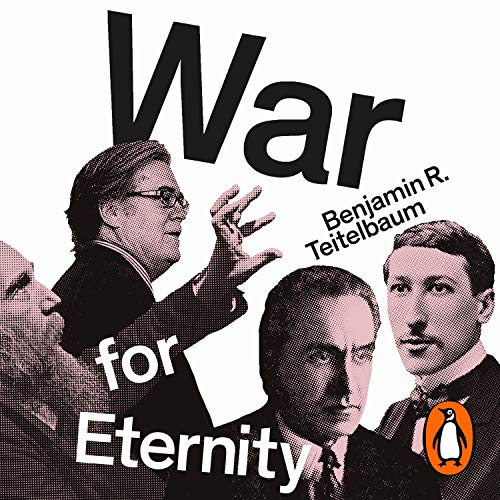 By: Benjamin R. Teitelbaum
Narrated by: Robert Petkoff
Try for £0.00

Steve Bannon in the United States. Olavo de Carvalho in Brazil. Aleksandr Dugin in Russia. All rising to power in the past decade. All affiliated with an obscure philosophical movement called Traditionalism.

Since the early 20th century, Traditionalism has defined itself against modernity and Enlightenment values. Traditionalist thinkers such as René Guénon and Julius Evola celebrated hierarchy, denounced the idea of progress and regarded liberal secularism, capitalism and communism as aligned forces working to replace social, cultural and political norms. Ethnographer Benjamin Teitelbaum had been studying Traditionalism for years as a sort of novelty, associated with a restless subsection of the right - too antisocial for activism and largely without influence. And yet when Steve Bannon entered the White House in 2017, reports suggested he was an avid reader of Traditionalist teachings.

Through exclusive interviews and deep historical context, Teitelbaum reveals the radical worldview infusing the thinking of powerful actors and inspiring a renegade reinterpretation of humanity, geopolitics and history. Fast-paced and gripping, War for Eternity is a must-listen for anyone trying to understand the Far Right's vision to change the world.

What listeners say about War for Eternity

Original take on an interesting topic

Benjamin teitelbaum comes to his subject from an unusual place: being an academic ethnomusicologist rather than a a a historian or political journalist, he approaches his topic from an idiosyncratic angle, and it makes for a fascinating journey. Steve Bannon is in any case and interesting character, and the Traditionalism movement has not garnered much attention otherwise, so this fascinating and very personal account of some of the key figures in it and how they interrelate and react to each other it is well recommended.

Liberal democracy will fall!! Probably not the reaction the author wanted, but very difficult to come away with any other impression

Revelations on a global scale.

Terrifying but brilliant. Truly eye opening. Worth a listen if you have any interest in politics. The truth is always stranger than fiction and I don’t think any conspiracy out there matches the dealings and views of the individuals in this book.

Great audiobook, excellent content and great narrator who kept it interesting throughout. The author's analysis is surprisingly level headed. I'll probably listen to it again. I look forward to more audiobooks with similar topics and neutral reporting.