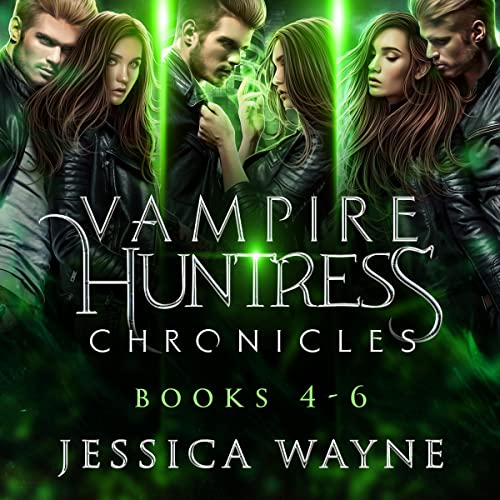 By: Jessica Wayne
Narrated by: Tijuana Ricks
Try for £0.00

I’m in love with the man who murdered me.

Love story for the ages, right? Wrong. You know, you’d think spending two years trapped between the living and the dead would have given me a chance to reconsider the life choices that led to my untimely demise.

Apparently I’m a glutton for punishment, though, because the moment I see him, I know staying away is not a possibility. Unhealthy? Most definitely.

But see, loving the man who ripped my throat out is not my only problem. It's not even my biggest one.

And did I mention I’m being hunted? There’s a witch on my tail and she won’t stop until she gets what’s hers: my soul.

loved the kindle version of this story and was looking forward to the audio version. the female narrator is fine being the female, the male voices not so much and the bad Irish accents were awful.
I do hope the next books revert back to dual narration as with the first books or I will be giving g further audio versions a miss :0(