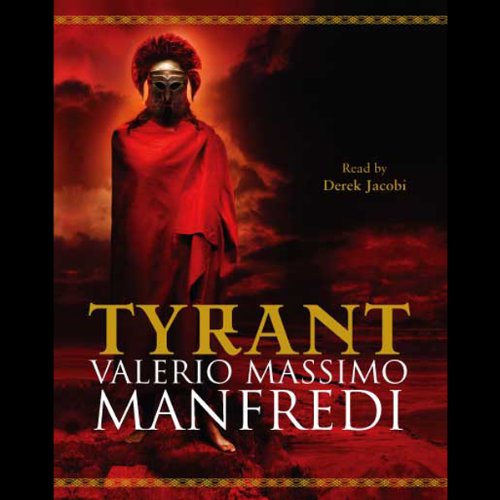 By: Valerio Massimo Manfredi
Narrated by: Derek Jacobi
Try for £0.00

Sicily, AD 405: the infinite duel between a man and a superpower begins. The man is Dionysius, who has just made himself Tyrant of Syracuse. The superpower is Carthage, a mercantile megalopolis and mistress of the seas.

Over the next eight years, Dionysius' brutal military conquests will strike down countless enemies and many friends to make Syracuse the most powerful Greek city west of mainland Greece. He builds the largest army of antiquity and invents horrific war machines to use against the Carthaginians, whom he will fight in five wars.

But who was Dionysius? Historians have condemned him as one of the most ruthless, egocentric despots. But he was also a patron of the arts, a dramatist, poet, and a tender lover.

What listeners say about Tyrant

What would have made Tyrant better?

When I bought Tyrant I was expecting a history book, not a novel based around the known facts of Dionysius's life. In my opinion it should be removed from the history section as most of the books content is just the authors imagination running wild.