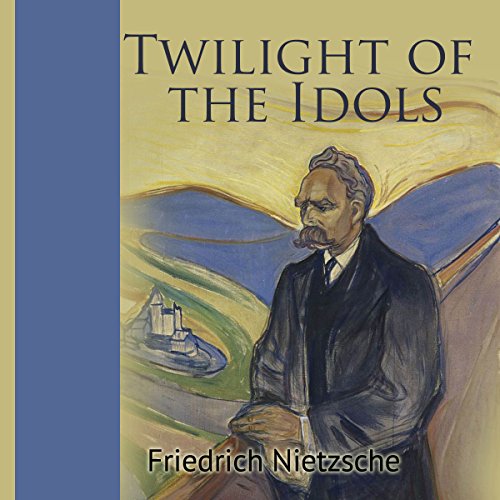 Twilight of the Idols

By: Friedrich Nietzsche
Narrated by: Arthur Grey
Try for £0.00

In Twilight of the Idols, Nietzsche criticizes German culture of the day as unsophisticated and nihilistic, and shoots some disapproving arrows at key French, British, and Italian cultural figures who represent similar tendencies. In contrast to all these alleged representatives of cultural "decadence", Nietzsche applauds Caesar, Napoleon, Goethe, Thucydides, and the Sophists as healthier and stronger types. The book states the transvaluation of all values as Nietzsche's final and most important project, and gives a view of antiquity wherein the Romans for once take precedence over the ancient Greeks. The book is divided into 12 sections.

What listeners say about Twilight of the Idols

Philosophy with a Hammer ⚒💥

Nothing sacred, everything examined, Nietzsche raw yet exquisitely defined. I love this briel tome for is succinct clarity and clear revelation of the people and concepts that he riles against. If you know your Nietzsche this book will sum up his weltanschauung nicely