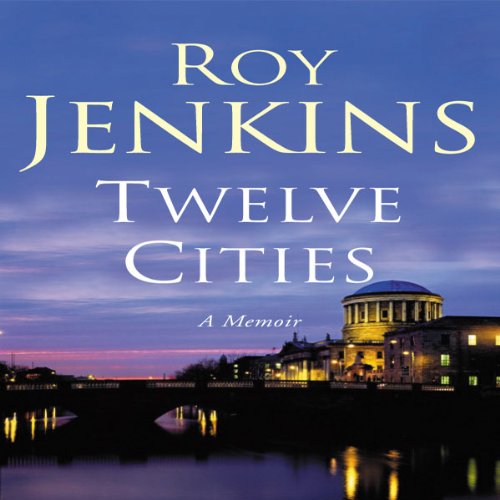 By: Roy Jenkins
Narrated by: Simon Russell Beale
Try for £0.00

Roy Jenkins follows up Churchill with a book of a very different shape - short and semi-autobiographical, but also full of the wit and erudition which made that book such a success. Each of the 12 cities are described with a mixture of architectural interest, topographical insight, and personal anecdote.

Jenkins includes three British cities: Cardiff, which was the metropolis of his Monmouthshire childhood; Birmingham, which he represented in Parliament for 27 years; and Glasgow, which aroused in him an enthusiasm far transcending politics. Further afield there is Paris; Brussels, where he lived for four years as president of the European Commission; Bonn; Berlin, surveyed from its pre-war splendour through to its architectural resurgence of the 1990s; Naples; and Barcelona. From Lord Jenkins's over a hundred visits to North America, there emerge highly personal recollections of New York and a more objective view of Chicago. Dublin, so near to home and yet so distant, makes up the dozen.

Twelve Cities is a fascinating and sparkling collection from one of our very finest writers.

What listeners say about Twelve Cities