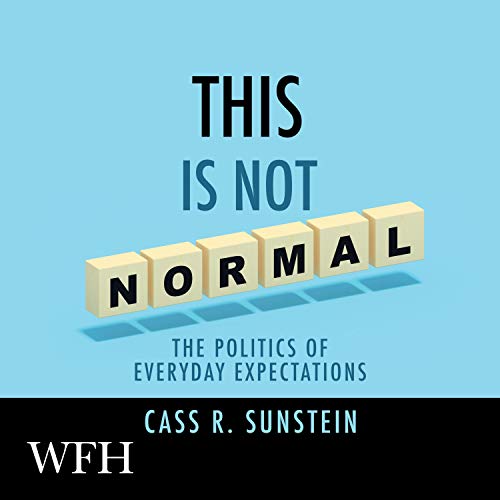 This Is Not Normal

By: Cass R. Sunstein
Narrated by: Jeff Harding
Try for £0.00

This sharp and engaging collection of essays by leading governmental scholar Cass R. Sunstein examines shifting understandings of what's normal and how those shifts account for the feminist movement, the civil rights movement, the rise of Adolf Hitler, the rise of gun rights, the response to COVID-19, and changing understandings of liberty. Prevailing norms include the principle of equal dignity, the idea of not treating the press as an enemy of the people, and the social unacceptability of open expressions of racial discrimination.

But norms are very different from laws. They arise and change in response to individual and collective action. Exploring Nazism, #MeToo, the work of Alexander Hamilton and James Madison, constitutional amendments, pandemics, and the influence of Ayn Rand, Sunstein reveals how norms ultimately determine the shape of government in the United States, Europe and elsewhere.

Cass R. Sunstein is the Robert Walmsley University Professor at Harvard. He is the recipient of the 2018 Holberg Prize from the Government of Norway, often described as the equivalent of the Nobel Prize for law and the humanities.

What listeners say about This Is Not Normal

All over the place

Thia book is kind of all over the place. But this book is also pretty great.