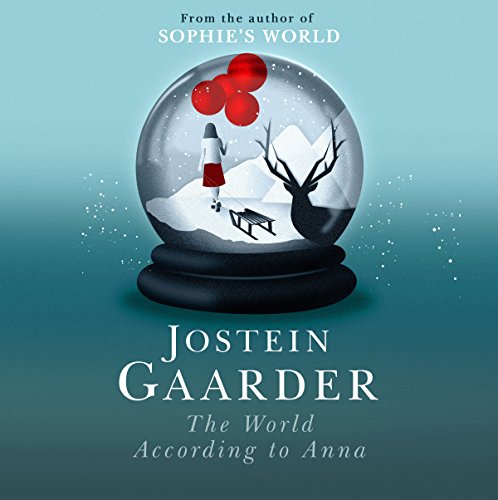 The World According to Anna

By: Jostein Gaarder
Narrated by: Penelope Rawlins
Try for £0.00

On the 20th anniversary of Sophie's World, Jostein Gaarder returns with a spellbinding fable.

When 15-year-old Anna begins receiving messages from another time, her parents take her to the doctor. But he can find nothing wrong with Anna; in fact he believes there may be some truth to what she is seeing.

Anna is haunted by visions of the desolate world of 2082. She sees her great-granddaughter, Nova, in a wasteland peopled by ragged survivors, after animals and plants have died out.

The more Anna sees, the more she realises she must act to prevent the future in her visions from becoming real. But can she act quickly enough?

Haunting, gripping and magical, The World According to Anna is a fable for our time.

What listeners say about The World According to Anna

Not quite as good as Sophie's world

Jostein made a great book with Sophie's world.
The world according to Anna is a lot more Subjective and josteins intellect seems to be lacking when it comes to philosophy. What a shame after his great Sophie's world. Guess it is easier to sound wise when reciting the great philosophers.
The world according to Anna sure does read like the thoughts of a naive girl of 15. So if that was the aim then mission accomplished.

I read and loved Sophie’s world and many of his other books. This is terrible. The translation is basic resulting in it being badly written, but overall the story is terrible and it is so heavy handed. Avoid