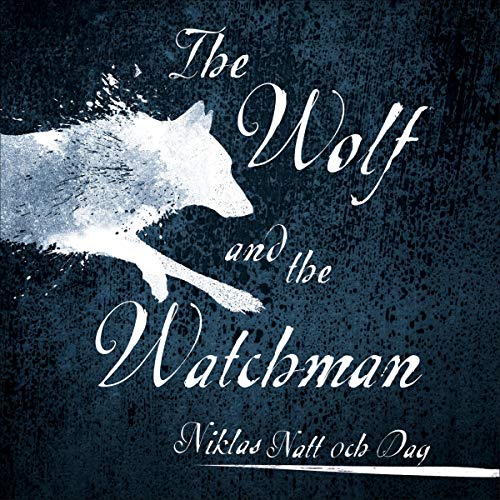 The year is 1793, Stockholm. King Gustav of Sweden has been assassinated, years of foreign wars have emptied the treasuries and the realm is governed by a self-interested elite, leaving its citizens to suffer. On the streets, malcontent and paranoia abound.

A body is found in the city's swamp by a watchman, Mickel Cardell, and the case is handed over to investigator Cecil Winge, who is dying of consumption. Together, Winge and Cardell become embroiled in a brutal world of guttersnipes and thieves, mercenaries and madams, and one death will expose a city rotten with corruption beneath its powdered and painted veneer.

What listeners say about 1793: The Wolf and the Watchman

This tale is full of strong narrative and descriptive flair, which confidently transports you to another century. The characters are well written and reflect all good detective novels from the past. As with Scandinavian stories, the names are very similar and it is sometimes confusing as to who is who but this becomes easier to decipher as the story unfolds, however some of the performances made this linguistic nuance a greater challenge. I will look out for the next book with interest.

Not for the faint hearted

Don't listen to this whilst you are eating. This is bleak and graphic. For me at times too graphic. This is not a novel I enjoyed. If I had read it I don't think I would have bothered to finish it.The performances are good, but don't make up for the brutality, which in parts becomes almost salacious.

This is not a pleasant tale, gruesome and brutal, but so engaging, with twists and turns. I loved it!

As some other reviewers have said this book is dark and does contain some quite explicit descriptions of gore but really I’ve read worse.

It starts off with a bang and I enjoyed part one and I also enjoyed the part about the surgeons apprentice but the parts which follow the woman were IMHO just padding that really have no bearing on the main story.

The ending was a huge let down and really obvious.

Enjoyed the male narration but not the female.

This was a stunning debut novel,brilliantly translated and performed by all three narrators.It has a great sense of time and place.Although it deals with the darker aspects of human behaviour,it makes for a compelling lis ten

A good story with great characters. The plot is predictable to a point. The level of deprivation and violence is concerning . Great setting and originality

I really enjoyed this book, the story is set amongst three separate branches of the same tree. Each one is original and entertaining, each one is macabre but brilliantly read.

If you like historical fiction like Shardlake you’ll love it, it’s darker and I thought it was more original but at its heart it’s a historical crime fiction.

There is unpleasant, distasteful, explicit, graphic....but the sheer cruelty portrayed in this book nearly made me stop listening more than once, and also made me feel uncomfortable continuing. But I did - because it's a gripping story, very well translated, and well delivered. I can't bring myself to give it 5 stars though.

This is a very brilliantly constructed novel, almost genius; and an awful amount of suffering, cruelty and degradation.
And poo.

Narrators are all really good.

A book I will never forget

Not sure what to say about this book. It is an interesting read, cleverly written but quite macabre. Certainly memorable and not what I expected.