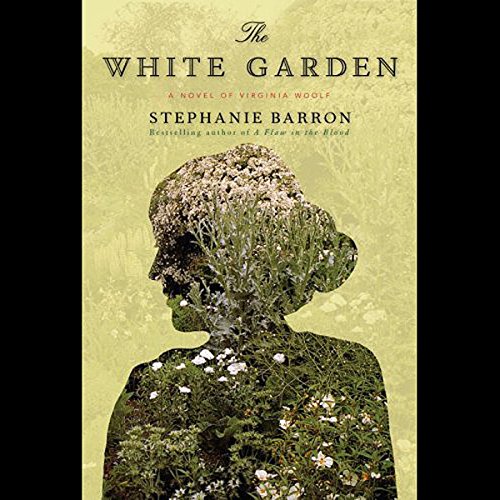 By: Stephanie Barron
Narrated by: Elisabeth Rodgers
Try for £0.00

In March 1941, Virginia Woolf filled her pockets with stones and drowned herself in England's River Ouse. Her body was found three weeks later. What seemed like a tragic ending at the time was, in fact, just the beginning of a mystery.

Six decades after Virginia Woolf's death, landscape designer Jo Bellamy has come to Sissinghurst Castle for two reasons: to study the celebrated White Garden created by Woolfs lover Vita Sackville-West and to recover from the terrible wound of her grandfathers unexplained suicide. In the shadow of one of England's most famous castles, Jo makes a shocking find: Woolfs last diary, its first entry dated the day after she allegedly killed herself. If authenticated, Jo's discovery could shatter everything historians believe about Woolf's final hours.

But when the Woolf diary is suddenly stolen, Jo's quest to uncover the truth will lead her on a perilous journey into the tumultuous inner life of a literary icon whose connection to the White Garden ultimately proved devastating.

What listeners say about The White Garden

I didn't care for the language and the sexual situations in the story. I couldn't even finish the story. This was not an enjoyable read in my book. Im sorry if you read it an like it.

This is a good story, but the chase is so thin that it gets annoying along with the terrible try at Britishisms. The language is just off, as if the writer is using dialogue she thinks is common but is far from it.

Ok, if you have nothing better to do on a wet weekend.

I'll read it myself.

I have loved this author's Jane Austen series. The book is probably just as good as her others. But I could not endure the person reading. Dramatic in all the wrong places and plodding. I'm easy to please as a rule. But I just couldn't finish this book. In fact, I got about 20 minutes in and gave up. Bad choice performance wise.

I can't get past the readers awkwardness to evaluate the story itself. If you are that interested in it I suggest reading it yourself. All of the other Authors books and narrators are fabulous, however.