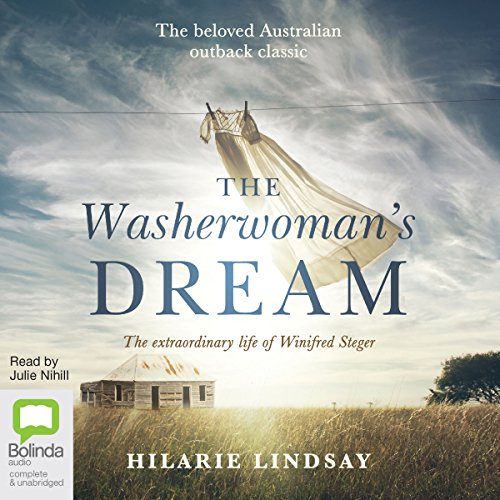 By: Hilarie Lindsay
Narrated by: Julie Nihill
Try for £0.00

The epic true story of the indomitable Winifred Steger and her extraordinary life in 19th century outback Australia.

'One of the hardest punishments is to be thrown into the world with aspirations and dreams that cannot be fulfilled for want of education....' (Winifred Steger)

Winifred Steger travelled to Australia with her father in the 1880s, when he took up a land grant in north Queensland. The grant proved to be worthless, and, faced with poverty, endless backbreaking work and isolation, Winifred's father spiralled into depression and alcoholism. Left to fend for herself, Winifred battled insurmountable odds to maintain her dignity and sanity, finding solace in writing to ease her hardship.

Fleeing an abusive marriage also meant the heartbreak of abandoning her four children - but then miraculously she found love with an Indian trader, Ali. Winifred bore him children, and the family moved to outback Australia, where they ran a camel line. A new phase began in Winifred's life, taking her to places she had only ever dreamed of.

The Washerwoman's Dream is the story of an extraordinary woman with an indomitable spirit and is now an enduring Australian classic. Pieced together by Hilarie Lindsay from Winifred's memoirs, short stories, letters and unpublished novels, this is an account of the amazing life of a forgotten Australian writer.

What listeners say about The Washerwoman's Dream