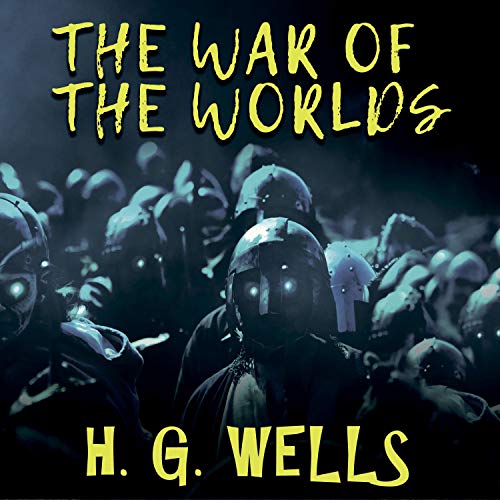 The War of the Worlds

"The War of the Worlds" is a science fiction novel by English author H. G. Wells, first serialized in 1897 by Pearson's Magazine in the UK and by Cosmopolitan magazine in the US. The novel's first appearance in hardcover was in 1898 from publisher William Heinemann of London. Written between 1895 and 1897,it is one of the earliest stories to detail a conflict between mankind and an extraterrestrial race.The novel is the first-person narrative of both an unnamed protagonist in Surrey and of his younger brother in London as southern England is invaded by Martians. The novel is one of the most commented-on works in the science fiction canon.

Wells trained as a science teacher during the latter half of the 1880s. One of his teachers was T. H. Huxley, famous as a major advocate of Darwinism.

The scientific fascinations of the novel are established in the opening chapter where the narrator views Mars through a telescope, and Wells offers the image of the superior Martians having observed human affairs, as though watching tiny organisms through a microscope. Ironically it is microscopic Earth lifeforms that finally prove deadly to the Martian invasion force. In 1894 a French astronomer observed a 'strange light' on Mars, and published his findings in the scientific journal Nature on the second of August that year. Wells used this observation to open the novel, imagining these lights to be the launching of the Martian cylinders toward Earth. American astronomer Percival Lowell published the book Mars in 1895 suggesting features of the planet's surface observed through telescopes might be canals. He speculated that these might be irrigation channels constructed by a sentient life form to support existence on an arid, dying world, similar to that which Wells suggests the Martians have left behind. The novel also presents ideas related to Charles Darwin's theory of natural selection, both in specific ideas discussed by the narrator, and themes explored by the story.

What listeners say about The War of the Worlds

Please don’t be tempted to waste your 78p. The narration is truly terrible. I’m not sure if this is a real person reading the book or a computer- generated voice. If it’s a real person she is ‘barking at words’. She reads the words but with seemingly no comprehension of their meaning. If you are wanting to sit down and lazily listen to a cracking story you will be bitterly disappointed. Such a shame! It doesn’t deserve one star as i can’t listen to it but I have to give some sort of star rating to post the review.

Is this narrator human or just a text to voice programme? It really takes away from the novel.

Suspect the narrator got a speed bonus. Playing at 90% speed helps a LOT, but the narrator can be a bit of a challenge to survive, at 100% speed. The narration is even then a bit "unfeeling" and "impersonal" - a job not loved? To be over and done with?

Sad since the female voice is clear and easy to understand.

Enjoyed this performance. Not as much as Jeff Wayne's version. Once you srart, can't stop.

Boring reading. Kept thinking of other things. Not captivating. Cant return audiobook. Will listen to the sample next time before buying anything.

Absolute agony to listen to this narration. I was constantly checking the clock to see how much longer until I was out of my misery. Great story ruined by a terrible voice performance.

Defeat From The Pen of Victory

There are few classics as timeless as Wells, The War of The Worlds
yet, there can’t be a worse performance thereof than this version.

The narrator’s lack of enunciation, inflection, and tempo combined
with a lack of theatrical investment, make it preferable to listen
to a scratched LP than to listen to her subway station announcer
voice.

Avoid this and find another version.