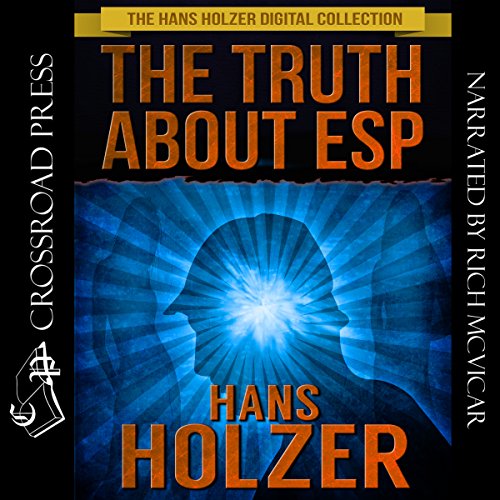 The Truth about ESP

By: Hans Holzer
Narrated by: Rich McVicar
Try for £0.00

If you think that extrasensory perception (ESP) is a power reserved for crystal-ball gazers, gypsies, believers in the occult, or something to watch on late-night television, this audiobook will come as a big surprise.

For ESP is a power latent in each one of us. Every single man, woman, and child has the ability to obtain information beyond the limitations of the time-space continuum. If we're not aware of this force, we're either ignoring it, suppressing it, or ascribing the phenomenon to other causes.

In this audiobook, Hans Holzer tells how to develop your ESP powers to time in on future events, send messages mind-to-mind across distances, even communicate with the next dimension.

ESP incidents can't simply be ignored, explains Mr. Holzer. They are numerous and well supported by evidence and reputable witnesses. Science can no longer treat parapsychology as a stepchild. ESP is not supernatural, but perfectly natural. Holzer endorses the increased development of this faculty through actual use and frequent testing.

Here are just a few of the questions answered in The Truth About ESP:

What listeners say about The Truth about ESP

I learned a few things about ESP. I am not a big believer of this phenomenon but listening to this audiobook opened my mind and will read more about this topic.

Not what I expected.

I didnt realize this book was from the 70's. Its information is out of date. I also expected some real science but it was opinion, hearsay, and pseudoscience. There was a little science mentioned but incorrect science. The author lost all credibility with me too when he used an article in the National Enquirer as supporting proof. Its a rag tabloid that is famous for printing total fake stuff and exaggerated garbage.

The only good thing about this book was the narration. The narrator had a pleasant, clear, and crisp voice. He added more sincerity to the book than the words did. If it wasn't for the narrator, I wouldn't of even finished listening.
I would listen to other books narrated by Rich McVicar but I wont listen or read another book by the author, Hans Holzer.

This is my review via a promotion. I am glad it had a good narrator.