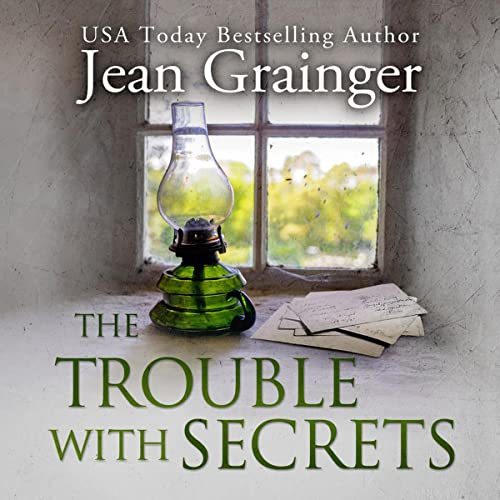 The Trouble with Secrets

By: Jean Grainger
Narrated by: Siobhan Waring
Try for £0.00

For eighteen-year-old Lena O’Sullivan, life is predictable and dull. A future of hard work, marriage to a local boy, and a family of her own one day is all she has to look forward to. People from her background know not to expect too much, but Lena yearns for something different.

Malachy Berger was different; for him, the world is at his feet. An only child of a wealthy if peculiar father, a large inheritance, a beautiful house, and a fine education are his due.

Nobody is in favor of Lena and Malachy’s friendship, but why not? What harm are they doing? Why is everyone so dead set against it?

Then fate takes a hand, and Lena realizes that secrets and lies have bound her and Malachy in an impossible situation. And their future seems determined by events that happened long before they were born.

From rural Ireland to post-war Cardiff, Lena and Malachy’s story winds its way back to wartime Germany and occupied France in a web of deceit that threatens to destroy them both.

What listeners say about The Trouble with Secrets

Characters you feel as if you know

Especially Lena, of course, the characters are well developed. The story line gripped me, and I didn’t want to put it down. This is the first book I’ve ever wanted to read the ending early — but I’m so glad I didn’t. Enjoy it! I did!

The trouble with Secrets is a well-written, well performed, a story of love of teenage mistakes, of a nasty Nazi who came back to Wales brought a dangeroue friend with him, and was mean to people, a jealous man. Yerand still full of hate for the Jewish people but a love story in the countryside of Ireland where the people basically were happy wanted to be happy loved God and respected each other and helped each other out it's a very good book.

So good I lost sleep

Great story beautifully told by the narrator. I couldn’t stop and lost too much sleep.

Excellent! Can’t wait to read the next books!
This author spins some long tales that hold my attention well!

I was on the edge of my seat wondering what was coming next! excellent story and performance.

Engaging and at the same time informative

Once again Jean has created very endearing characters in a plot that addresses a pertinent social issue of the mid 20th century in Ireland: the plight of the unmarried pregnant girl. Lena and the dilemma she faces arouse the empathy of the reader while keeping them in suspense. The narration is very expressive making the whole listening experience a delightful one.

Jean Granger has become my absolute most favorite author. I think I have probably read all of her books by now and I can’t think of any that were not just great. I loved the star in the samurai shamrock series and the Robinswood series. I have just finished the trouble with secrets and before that letters of freedom. I have severe macular degeneration so I can only get this experience on audible books and I think her so much for making her books available that way.