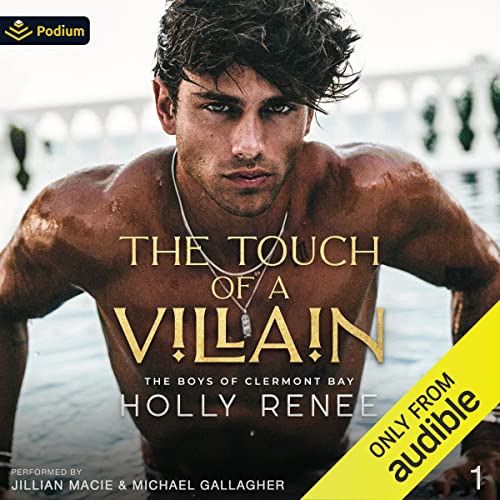 The Touch of a Villain

By: Holly Renee
Narrated by: Michael Gallagher,Jillian Macie
Try for £0.00

Young. Wealthy. Elite. Ruthless. The boys of Clermont Bay ruled over this town as if it was their kingdom.

Beck Clermont controlled them all. He was arrogant and conceited, and from the moment I met him, he had made up his mind about me. Dangerously handsome and wickedly cruel, he had no intention of letting me spend my senior year under the radar.

The secrets of old money ran deep, and even though I barely knew them, the sins of my family had put a target on my back. He was a hurricane, and I was unprepared for the storm. His touch fatal. His impact irreparable.

There was no negotiation. He stole my heart. Without warning, without permission. He was the enemy, but that didn’t stop me from falling for the touch of a villain.

What listeners say about The Touch of a Villain

I enjoyed this book and like Josie but why do they have to make sure act like that? She’s a V but she’s so lustful every time she’s with Beck. I just don’t get it. Anyways all in all it is a good read. Michael Gallagher and Jillian Macie did an amazing job at narrating

The Touch of a Villain

Amazing story as always from miss Renee. I literally cannot wait for all the other books in this series in the audiobook version.