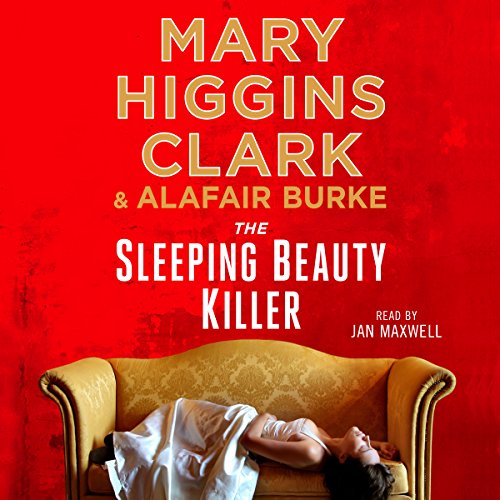 The third thrilling installment in the best-selling Under Suspicion series from number one New York Times best-selling author and Queen of Suspense Mary Higgins Clark and Alafair Burke.

Television producer Laurie Moran puts everything on the line to help a woman she thinks was wrongfully convicted of murder.

Casey Carter was convicted of murdering her fiancé - famed philanthropist Hunter Raleigh III - 15 years ago. And Casey claims - has always claimed - she's innocent. Although she was charged and served out her sentence in prison, she is still living under suspicion. She hears whispers at the grocery store. She can't get a job. Even her own mother treats her like she's guilty.

Her story attracts the attention of Laurie Moran and the Under Suspicion news team - it's Casey's last chance to finally clear her name, and Laurie pledges to exonerate her. With Alex Buckley taking a break from the show - cooling his potential romance with Laurie - Under Suspicion introduces a new on-air host named Ryan Nichols, a young legal whiz with a Harvard Law degree, a Supreme Court clerkship, experience as a federal prosecutor, and regular stints on the cable news circuit. He's got a big reputation and the attitude to match it. Ryan has no problems with steering - and stealing - the show and even tries to stop Laurie from taking on Casey's case because he's so certain she's guilty.

An egomaniacal new cohost, a relentless gossip columnist who seems to have all the dirt (and a surprising informant), and Casey's longstanding bad reputation: Laurie must face all this and more to do what she believes is right, to once and for all prove Casey's innocence - that is, if she is innocent.

The Sleeping Beauty Killer will keep you guessing until the very end.

What listeners say about The Sleeping Beauty Killer

This is the first novel I have listened to by this author and I’m really disappointed. I will not give a spoiler but I knew who the killer was from the beginning. It was extremely obvious. I will give another one of these books a go as there are painfully few authors who write a clean story without swearing. For that I give it 3 stars.

I really enjoyed the first two books in the series. This one didn't come close. Very hard to finish.

loved it and can't wait for the next one. reader is just right. well done.

A "can't turn it off" story and great "Under Suspicion " sequel!! Highly recommend! Get it now!

They never ever disappoint! This story was amazing!. I wish Alex was in it more! Cant wait for the next one!!

I guessed who the killer was at the beginning, but it was to treat to confirm my suspicions. I've all the books b Mary Higgins Clark and now Alafair Burke. This one was no exception. It did not disappoint. Although, Kasie came off as a winey brat. There were times when I wished she was the killer so we could be done with her. Nevertheless, I enjoyed the storyline. Oops!, this read should be at least 4 STARS !!!

I have read so many Mary Higgins Clark's books, I knew who the killer was in the first chapter. I love her books, but I think it's time to move on because there is no joy in knowing. I highly recommend her books to everyone. They are the best!

Too boring and no surprises. I like Mary Higgins Clark but this book is not one I enjoyed.

I could not finish listening......too many characters with convoluted descriptions of their lives and activities...this rambling had nothing to do with creating any interest for me to continue listening.......don't know or care what happens... but I can guess...and I'm sure I am right.....
Not worth a credit...

another great read although...

I love this series. I have to say though in this one I had the killer figured out early. That being said it didnt detract from the overall story in any way. I would highly recommend this book as well as the full series. And also (lol) ...

very entertaining. full of suspense. kept me guessing until the end of book. loved it