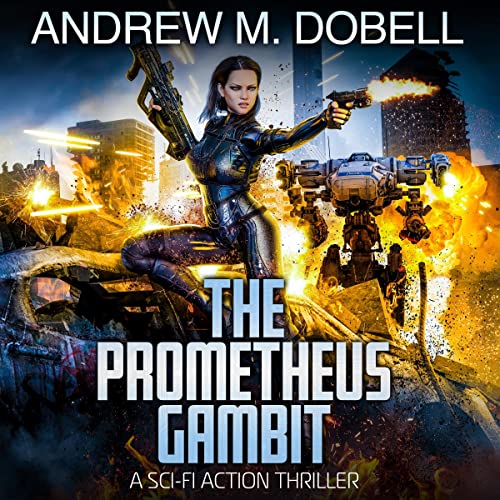 A desperate mission, impossible odds, and the fate of billions in her hands.

For years before she became a cyborg, Frankie dreamed of fighting the corporations. After her recruitment to the anti-corporation taskforce, she might finally get her chance and free humanity from the grip of the corporations.

Frankie must travel the world, infiltrating the American front line, the megacities of the Far East, and the industrial heartlands of Europe in their covert mission. But when it comes to protecting their interests, the corporations will go to extreme lengths.

Frankie must fight her way through war zones, virtual worlds, and sabotage if she is going to change the world.

The Prometheus Gambit is a cyberpunk technothriller that’s a must-listen for fans of Ghost in the Shell, Blade Runner, Alita: Battle Angel, Cyberpunk 2077, Akira, The Matrix, RoboCop, and Total Recall.

What listeners say about The Prometheus Gambit