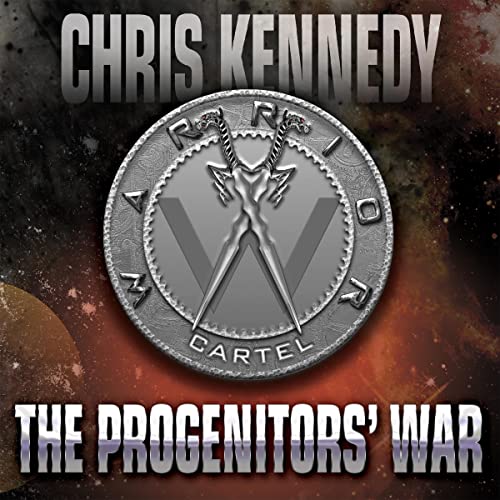 By: Chris Kennedy
Narrated by: Craig Good
Try for £0.00

The Terrans are on the run!

Lieutenant Commander Shawn "Calvin" Hobbs and the crew of the Vella Gulf went back in time to find the technology they needed to beat their enemy in the present, but it doesn’t exist. They only have one option—fight the enemy in the past and destroy them there.

Unfortunately, the enemy has overwhelming numbers, and while the Enemy doesn’t have the technology the Terrans have, quantity has a quality all its own. And then there is the enemy’s 25-mile-wide command ship. If the enemy should finish it, they will have an overwhelming force with which to sweep the Terrans from the galaxy.

The Terrans must build and must establish the warrior cartel, which Admiral Sheppard has been placed in charge of, if they are to defend the people of the past and destroy the enemy for all time. The emperor hasn’t funded the cartel, though, and Sheppard will have to figure out how to do it on his own.

What listeners say about The Progenitors' War

Third Book in this series

More of a Audible problem but I didn't realize that this was the 3rd book in the series and not the second book. The second book just popped up for whatever reason. This has happened occasionally with series on Audible. So even though I enjoyed the book make sure you listened to the 2nd one first.