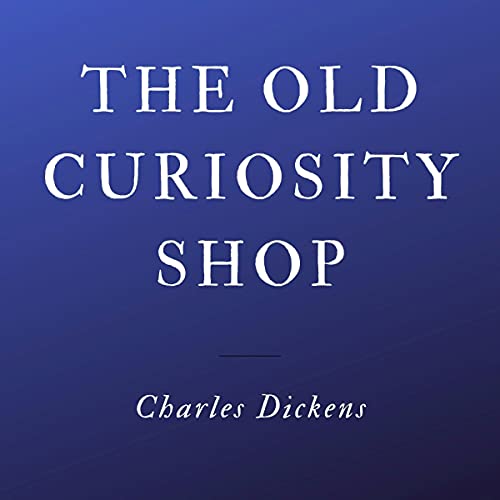 By: Charles Dickens
Narrated by: Mil Nicholson
Try for £0.00

The Old Curiosity Shop was an instant best seller that, even while it was criticized for its sentimentality, captured the hearts of the nation with its portrayal of little Nell Trent, who is thrown into a terrifying world when her beloved grandfather is unable to pay his debts to the loathsome Quilp.

Alongside the pathos of the innocent, tragic Nell are some of Dickens's greatest characters: the ne'er-do'well Dick Swiveller, the mannish lawyer Sally Brass, the half-starved 'Marchioness' and the lustful Quilp himself, a creation of demonic power and cruelty.

Dickens was conscious of the 'many friends' the novel had won for him, and 'the many hearts it turned to me when they were full of private sorrow', and it remains one of the most familiar and well-loved of his works.

What listeners say about The Old Curiosity Shop

I think Little Nell is one of Dickens' greatest characters, and whilst this may be a touch sentimental, it's beautifully written with vivid prose and characters and a lovely, beguiling listen. Very well narrated.

Hope, perseverance, good humor - this riveting adventure story about Little Nell and her grandfather is interwoven with affecting subplots, unforgettable secondary characters, and frequent nuggets of Dickensian wisdom. Beautifully read in this performance.