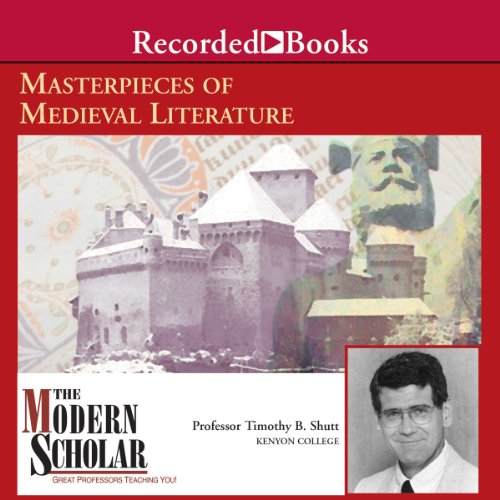 It is during the Middle Ages that modern Europe, indeed, modern Western culture as we know it, comes to be. Classical Mediterranean culture drew from the ancient Middle East, and more directly, from the Hebrews, Greeks, and Romans. The Middle Ages add the Northlands, Celts, and Germans, and ultimately, Slavs as well, to the mix. And the Middle Ages saw the birth of the immediate predecessors of our own ideas about love and marriage as important concerns in their own right, utterly central to a happy and fulfilling personal life.

Beyond that, the Middle Ages saw the composition of some of the greatest and most rewarding literary works ever written, the works of Chaucer and Dante no doubt preeminent among them, but by no means are they alone in their surpassing merits.

In this course, we will look at some of those other splendid works - Beowulf, the little-known, but utterly splendid Njal's Saga, and Sir Gawain the Green Knight among them.

What listeners say about The Modern Scholar

Learn the past to know the future

Loved it, looking forward to reading a few of the author's mentioned in it, one or two chapters I have listened to again, and no doubt will do over and over.

The Kind of Professor I Want My Kids to Have

First, there is Professor Shutt's infectious enthusiasm for the works he's discussing and even more for the insights that can be derived from those works. Then there's his openness to cultural concepts (Beowulf's heroic manliness, for example, or the piety of the Dream of the Rood) that aren't that popular in the academy these days. He never resorts to cheap shots at the faith or ideals of the Middle Ages, never lapses into that "chronological snobbery" (C. S. Lewis' term) that assumes everyone and everything that came before us is somehow inherently less worthwhile.

Instead, he takes you on an amazing journey through many of the high spots of Medieval Literature, one that will either send you back to reread Gawain and the Green Knight and the Lais of Marie de France or send you forward to finally read those Icelandic Sagas and Troubadour lyrics you somehow managed to dodge in your undergrad days. Unlike most of the lectures I've heard in my life, these bear re-listening. Shutt is that rare type of professor who isn't afraid to admire what others marginalize, nor is he embarrassed by the concept of "truth".

I loved listening to this professor. He is easy on the mind. Especially since he pronounces for us many of the difficult words of non english. so much I did not know came home to me..

Well performed but dips a bit in audio at times. Otherwise very good and recomended for anyone