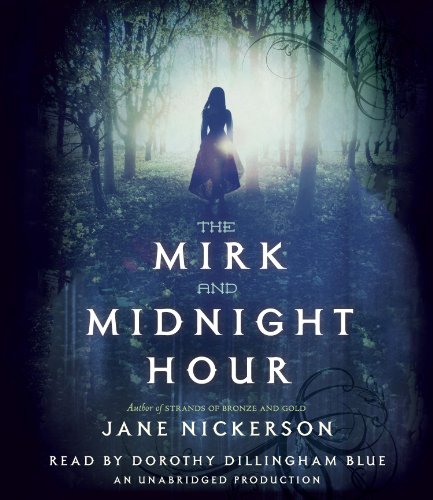 The Mirk and Midnight Hour

By: Jane Nickerson
Narrated by: Dorothy Dillingham Blue
Try for £0.00

Seventeen-year-old Violet Dancey has been left at home in Mississippi with a laudanum-addicted stepmother and love-crazed stepsister while her father fights in the war - a war that has already claimed her twin brother. When she comes across a severely injured Union soldier lying in an abandoned lodge deep in the woods, things begin to change. Thomas is the enemy - one of the men who might have killed her own brother - and yet she’s drawn to him. But Violet isn’t Thomas’s only visitor. Someone has been tending to his wounds - keeping him alive - and it becomes chillingly clear that this care hasn’t been out of compassion. Against the dangers of war and threatening powers of voodoo, Violet fights to protect her home, her family, and the man she’s begun to love.

“An exciting story - juicy, romantic and at times quite chilling.” (BookPage)

“An atmospheric story in which darkness houses mysteries, [with] rich imagery and imaginative subplots.” (Kirkus Reviews)

“Compelling...There’s a languid ease to the prose that invites readers to become fully immersed.” (The Bulletin)

What listeners say about The Mirk and Midnight Hour

I wish I found give a 3.5. It was an interesting twist on the Tom Linn story. And it was brave of the author to take on the consent of African “villains” in a civil war south, it would be so easy to be offensive. I’m fond of this fairy tale so I enjoyed the story but it was missing something. The characters weren’t compelling, and the relationships were shallow.

The narration wasn’t terrible. I got used to it eventually, but it was initially quite annoying.

Dillingham is perfect for this

Great narration, great book with a nice twist on the typical mystery. I'm looking for my next Jane Nickerson book. Growing up in the real south makes me long for more.