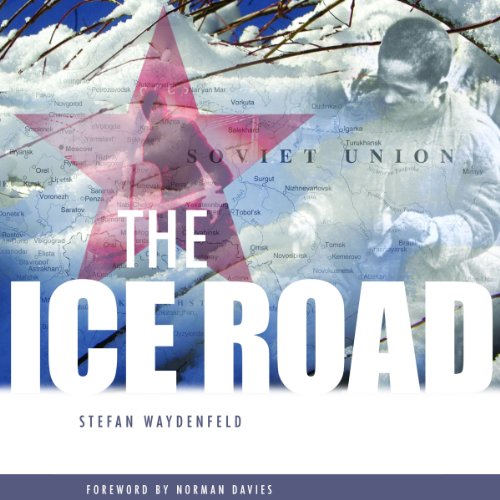 By: Stefan Waydenfeld
Narrated by: Ken Kliban
Try for £0.00

In a forgotten chapter of history, 1.5 million Polish civilians - arbitrarily arrested by Stalin as enemies of the people following the Soviet invasion of Poland in September 1939 - were deported to slave-labor camps throughout the most inhospitable forests and steppes of the Soviet Union. The Ice Road is the gripping story of young Stefan Waydenfeld and his family, deported by cattle car in 1940 to the frozen wastes of the Russian arctic north.

What listeners say about The Ice Road

The title is slightly misleading. The Ice Road is a relatively small part of the story. This is a tale of hunger homelessness and more. It could have been shorter, some parts just seemed like filler.

The Ice Road - What a Journey

The Ice Road - What a Journey not only for the author
but for the listener as well.
How Stefan and his family came through such a journey
is miraculous.
I liked narration to me he sounded like a scare 14 - 16 years old boy.

A compelling slog to the finish

A child with a tough row to hoe. This story is impressive in its detail. The pace n be slow for some but the story is nothing if not harrowing.

Read this amazing book in print; Skip the audio

I loved this book the author's introspection about his childhood and experiences in the labor camps. I would change the narrator... Ken Kliban is not a great choice, and I can't put my finger on why.

He paused in funny places, especially when switching from English narration to Russian or Polish terminology. I picked up this book and put it down several times, hoping I could get through it, but I can't get past the narration.

Read this amazing chronicle in print; skip the audio.