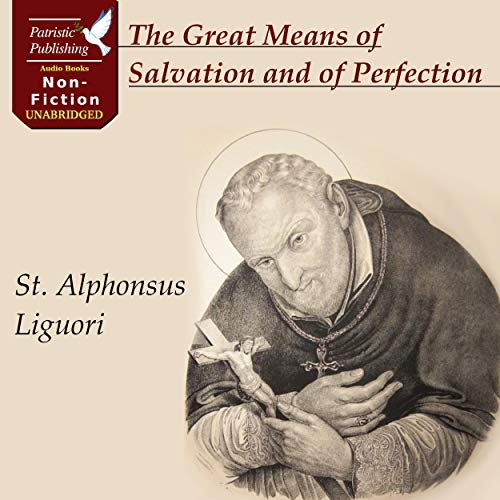 The Great Means of Salvation and of Perfection

By: St. Alphonsus Liguori
Narrated by: Randy Hice
Try for £0.00

St. Alphonsus Liguori (1696 - 1787) was an Italian bishop famous for his moral teaching. Initially, he practised law but was drawn to the religious life and became a priest in the Catholic church. He ministered as a missionary to the poor setting up "Evening Chapels". He would later settle his own congregation, and then was eventually appointed bishop. He wrote many famous sermons, meditations, and ascetical works. His meditations are still used today for the stations of the cross during Lent.

In this book, St. Alphonus expounds on the subject of prayer, what it means in terms of our salvation, and the conditions under which it is effectual with God. He also examines the theology of prayer and salvation in general. The work ends with a number of prayers and meditations.