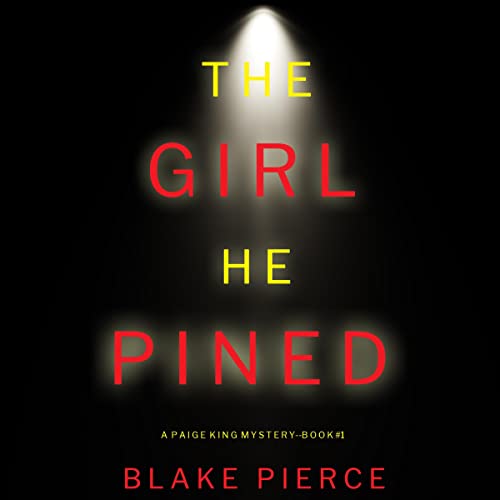 The Girl He Pined

By: Blake Pierce
Narrated by: Susannah Resnikoff
Try for £0.00

Paige King, 25, in her PhD residency at a psychiatric hospital for the criminally insane, is summoned urgently by the FBI: Her most notorious patient, a diabolical and elusive serial killer, has escaped. And they need her to help hunt him down.

The Girl He Pined is the debut novel in a new series by number one best-selling and critically acclaimed mystery and suspense author Blake Pierce.

Paige, as brilliant as she is, knows she is up against a mastermind with no equal. This killer will stop at nothing to outwit them all, and going too deep into his mind may be just the thing that undoes them all.

Paige’s skills are put to the ultimate test in this harrowing cat-and-mouse thriller, as new bodies pile up and as Paige realizes that she, herself, may just be the target.

A complex psychological crime thriller full of twists and turns and packed with heart-pounding suspense, the Paige King mystery series will make you fall in love with a brilliant new female protagonist and keep you listening late into the night.

What listeners say about The Girl He Pined

very hard to finish the book....like difficult flow..felt elementary in a way

the ready was cringe