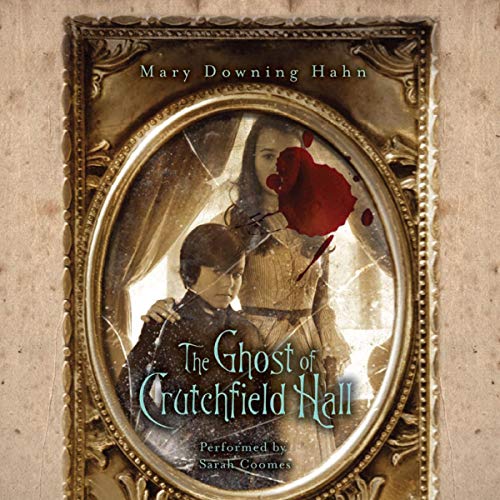 The Ghost of Crutchfield Hall

By: Mary Downing Hahn
Narrated by: Sarah Coomes
Try for £0.00

When twelve-year-old Florence boards the horse-drawn coach in London, she looks forward to a new life at Crutchfield Hall, her great-uncle’s manor house in the English countryside. Anything will be better, Florence thinks, than the grim London orphanage she has just left. Florence doesn’t reckon with the eerie presence that haunts the cavernous rooms and dimly lit hallways of Crutchfield. It’s the ghost of her cousin Sophia, who died the year before. Sophia’s ghost seeks to recreate the scene of her death and cause someone else to die in her place so that she will be restored to life. And she intends to force her newly arrived cousin to help her.

Blending elements from classic ghost stories of the past, Mary Downing Hahn pays homage to such renowned writers as Edgar Allan Poe and Charles Dickens while creating a bone-chilling new story of her own.

What listeners say about The Ghost of Crutchfield Hall

Where does The Ghost of Crutchfield Hall rank among all the audiobooks you’ve listened to so far?

This is the best audiobook I've listened to and I'm listened to a lot of book. ITs a magic combination between Mary Downing Hahn's haunting enthralling story and Sarah Coomes makes the characters come alive better than any other narrator Ive ever heard. I played the book twice today because it is so interesting and very enjoyable to listen too. I wish Sarah comes narrated more young adult English stories. she does all the accents so perfectly and keeps the flow of the story flawless and exciting.

What was one of the most memorable moments of The Ghost of Crutchfield Hall?

when the ghost of Sophia drags Florence into the graveyard!

Have you listened to any of Sarah Coomes’s other performances before? How does this one compare?

THis is Sarah Coomes best performance ever! She was just perfect for the story. She does all the voices with the right accents and the ages of the characters and she makes the story flow so smoothly-its magic! I just started the story and from the very first few sentences I was transported just like a child into the story.

Who was the most memorable character of The Ghost of Crutchfield Hall and why?

A must read for anyone who wants to read of very good ghost story! its has all the ghost story elements to make it scary -fun!!

I loved this book in elementary and I liked it now. Definitely interesting! Give it a try

the ghost of Crutchfield hall

I absolutely loved this book. it is skilfully written and is a gripping story. I definitely recommend it to kids ages 11 and under.

I've read and heard this read to me almost a dozen times. I love this book.

This book seemed like a boring book at the very start but as you get into it you will think it is very interesting. I recommend this book to EVERYBODY. If you do listen to the book I hope you like it and agree with this review.

I enjoyed listening to this book, it was a nice family thriller. Safe for your young adults and middle schoolers.

My elementary class listened to this atmospheric ghost story! We all loved it. The narrator's voices we're perfect for each character!