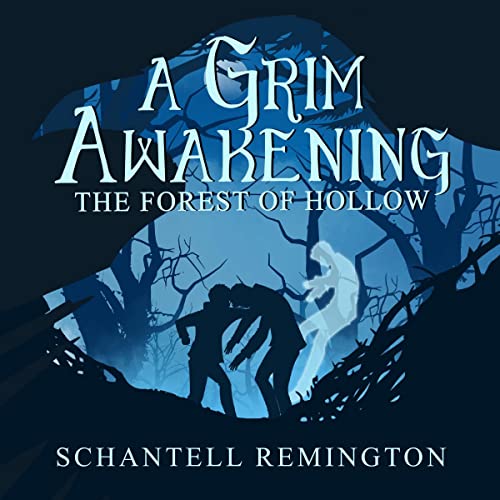 The Forest of Hollow

A shadow war rages on between man and the infamous Reaper. Will 13-year-old, Ian Grim, mark its end or cause an all-new devastating beginning?

Something was off about Ian. He knew it. Everybody knew it! Why else did the kids at school go about whispering behind his back and throwing him dirty looks? He was used to it by now. But everything takes a turn for the worse when his mom goes missing one night and his dad tries to kill him.

While on the run, Ian will learn the secret about his family and of the Ridirean Anam - Soul Knights who use their spirits to fight dark creatures threatening to overrun the world. Ian's journey will take him through the Passing (a place between the physical and spiritual world) to reach the Forest of Hollow. There, he will discover who he really is and of a deal made before he was born.

What listeners say about The Forest of Hollow

This book was impossible to stop listening!! I haven't been captivated by a story and world like this in a long time! The story has dark and supernatural themes but done in a way thats fun and exciting! There's humor, action, adventure, suspense, mystery and everything you want in a good story/series. I'm very excited to see where the story goes and learn more about this world the Author is creating! The Narrator did a phenomenal job at bringing the characters to life with unique voices and accents! every character sounded different allowing you to envision them easily! I can't wait to listen to more!

Glad I found this Series

I just finished pounding the first 3 books in the Wheel of Time series when I need to take a break before jumping into another massive installment. I can across this book, and was hooked! Fun read that blends everyday life with the mythical realm. I think to often we forget about mythological that underpins our life. All in all a great new series for me to listen to.

Seriously, this book is amazing!!!

This book was so fun to listen to! I listened to it while I was working and some parts were so intriguing that I had to stop working because I didn’t want to miss anything. I think it’s a great book for young teens and up. The narrator did and amazing job as well! He made it really fun to listen to. Can’t wait for book 2!!!

Must listen! I enjoyed every minute of this audible!

I absolutely loved this book! This book pulls you in from the start. The music was perfect to make you feel the emotions of the book. The writing is great! I felt I could imagine every scene. The characters are well thought out and I loved all their different personalities. The narrators voice was pleasant to listen to and he did an amazing job with all the different characters voices and accents! I was so excited each time we met a new character to hear their voice. I felt like multiple people were reading it. This book kept me engaged the whole time! I would recommend this to anyone who enjoys fiction and stepping into a world that’s a little different from our own. I gave it 5 stars cause I truly enjoyed every minute of this audible!

What an engaging story. Well written and very entertaining. I enjoyed listening to the performance. That was very well done.

What is up with Ian Grim?!

This is a very fast paced book that keeps you engaged throughout the whole journey. I love the characters, they’re a lot of fun and take you right into their world. A lot of them aren’t quite like what they appear to be, so there’s a good amount of mystery that drives you to read more. There’s a lot of great story telling elements-just an all around good adventure. My favorite chapter is about the Grisp, it really showcases the author’s creative capabilities in writing, and then also just how talented the narrator is. That chapter really pushes boundaries for a narrator and I thought his performance was spot on and just amazed at how he pulled it off. He’s got a great voice and a good flow in the way he reads and of course I love all the different accents. An awesome job by both the author and narrator, I’m so excited for the next book.