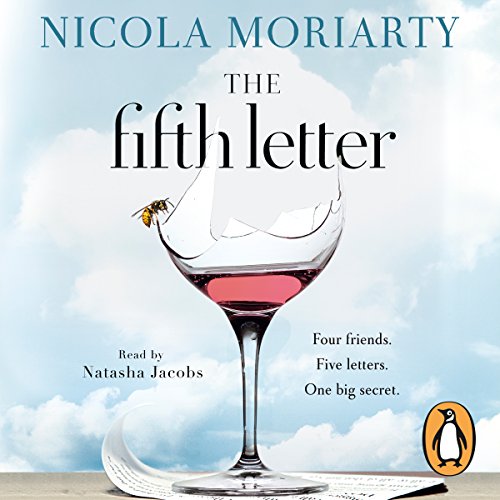 By: Nicola Moriarty
Narrated by: Natasha Jacobs
Try for £0.00

Joni, Trina, Deb and Eden. Best friends since the first day of school. Best friends, they liked to say, forever. But now they are in their thirties and real life - husbands, children, work - has got in the way. So, resurrecting their annual trip away, Joni has an idea, something to help them reconnect. Each woman will write an anonymous letter, sharing with their friends the things that are really going on in their lives. But as the confessions come tumbling out, Joni starts to feel the certainty of their decades-long friendships slip from her fingers. Anger. Accusations. Desires. Deceit. And then she finds another letter. One that was never supposed to be read. A fifth letter. Containing a secret so big that its writer had tried to destroy it. And now Joni is starting to wonder, did she ever really know her friends at all?

''The premise and its execution will grab readers and refuse to let go. Readers may pick this one up to see how Moriarty's writing compares to her sister Liane's wildly popular novels, but they'll race to the end as a credit to Nicola's fine sense of pacing and suspense. An author to watch.'' (Tracy Babiasz, Booklist)

What listeners say about The Fifth Letter

Badly written, poorly thought out story about four irritating whining self-centred Australian women - read by a woman with an excruciatingly whining voice with no vocal range.

Probably better to read the book.

I found this difficult to follow at times due to the way the narrator read it. Who was saying what, the variations between the dates and stories (it jumped back and forward). The story was good but I think reading the book and seeing the punctuation etc would have made it easier to follow.

Interesting concept of a plot, but felt as though I was having to listen to perennial teenagers bickering.
I kept wanting the storyline to tie up lose ends as I tried to persevere through the ghastly Australian narrator.
In the end I gave up more confused and very unsatisfied.

The narrator is so bad on this audiobook that I was unable to engage in the story or even listen for more than an hour. So sorry I bought this without listening to a sample.