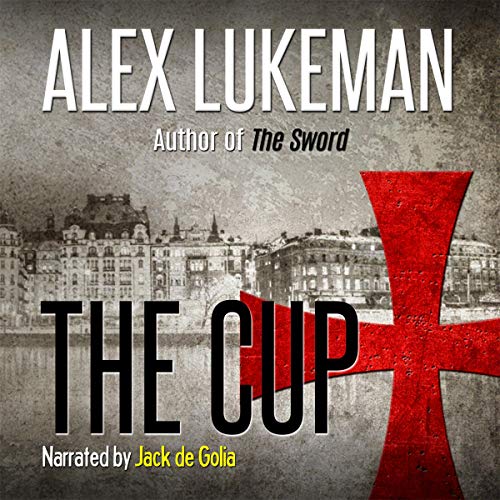 The brutal death of a Swedish spy sends Nick Carter, Selena Connor and the project team to Stockholm, where they find themselves pitted against a terrorist network hiding among the refugees flooding into the country.

A fourth century artifact looted from the Middle East plunges the team into a search for the most elusive relic of Christendom: the Holy Grail. A prophecy warns that if the Grail falls into the wrong hands, it will bring about the End of Days.

It's not just the project that's looking for the Grail: the murderous fanatics of ISIS are determined to find it. They'll stop at nothing to retrieve it.

The day of judgment draws near and nuclear armageddon threatens America. Time is running out. Finding the Grail is the only thing that can prevent disaster.

Kings, emperors and thieves have searched for the cup for more than 1,000 years, to no avail. All have failed. Will the project succeed before it's too late?

You won't want to put this book down.

What listeners say about The Cup

Swedish spy has died, the Holy Grail an artifact ever is missing. Another great plot with a touch of history, with good narration. Given audio for my voluntary review and my honest opinion

The Cup - A GREAT Read

I loved the book. One of Luckman's better story lines. I'm couldn't put the book down.

The team is back and due to the death of a Swedish spy they are on the prowl for the holy grail.  But so is ISIS and it is said that if the grail falls into wrong hands it will bring about the end of days, so the race is on.
This might be book thirteen but Mr. Lukeman has not let up yet, this one has just as much action and suspense as the first book, the characters are awesome and believable.  The audio narrated by Jack de Golia is wonderful, and not to be missed, he has a voice for each character and he can draw you into the story like you are one of the team right there with them helping with assignment.  I can't wait to get the next audio these are so good.

Take a wild ride in The Cup

My favorite series with my favorite narrator! I love vicariously traveling the globe on adventures with the cast of The Project. Give these books a listen -- you won't be disappointed! I'm eagerly awaiting Book #14

I like them all, but Selena as a strong female who can hold her own. She holds her own, without be driven by inappropriate emotions. She's an amazing, smart, fit, beautiful woman who will never be a helpless victim in need of rescue. She is an equal member of the team and brings her incredible linguistic skills that have helped the team out of a bind several times. She rocks!

I love that Jack is a man of many voices -- I've listened to all 13 books, and he is so consistent with his characters. Amazes me every time! We're having a big debate right now, and can't decide. He does them all so well!

Take a wild ride in The Cup

I hope #14 is under way! I miss my friends in The Project.