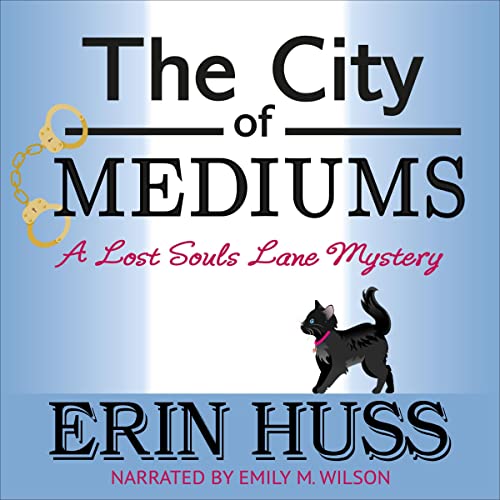 The City of Mediums

My name is Zoe Lane, and I see dead people.

Right now, I’m on my way to Los Angeles with my boyfriend and a spirit. The spirit's name is Jose, and he was executed on death row for a murder he didn’t commit. Our mission, once we land, is to find out who the real killer was and make sure justice is served. Though I also plan to visit Hollywood Blvd, try caviar, and look for a (living) celebrity or two - because even a medium needs a day off every now and then.

Sure, I was nervous about flying for the first time, but as soon as we got up in the air, I was fine. And then, a new spirit decided to make a mid-flight appearance.

His name is Captain Sims, and he’s supposed to be flying the plane we’re currently on!

So, uh, the pilot is dead - probably murdered - and the plane is experiencing an intense amount of turbulence, and...uh...is it normal for the oxygen masks to come down from the ceiling? There’s a lot of little alarms sounding off, and I’m slightly concerned about the smoke coming from the left wing and...oh no, also from the right wing.

What listeners say about The City of Mediums