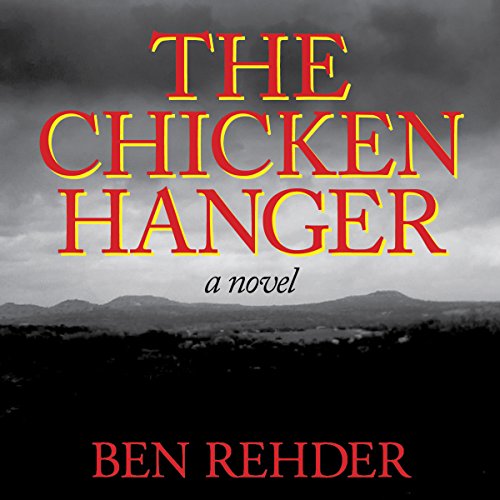 By: Ben Rehder
Narrated by: Sergei Burbank
Try for £0.00

Ricky Delgado works as a chicken hanger at the poultry plant in Rugoso, Texas, a small border town just 30 miles south of Laredo. His quiet, illegal lifestyle is disrupted when he learns that his brother Tomás has been shot and injured shortly after crossing the border. Together, Ricky and Tomás and seek justice, or remain silent and endure the injustices common to all "wetbacks" within the states. Meanwhile, Ricky is fighting a battle within his own body, a disease he acquired in the poultry plant, unbeknownst to everyone but the crooked manager and the company's doctor.

The townspeople of Rugoso have long been used to Mexicans entering the states illegally. The street signs, billboards, and food labels are printed in both English and Spanish to accommodate more consumers. Even the judicial system has a growing number of authorities with Spanish last names, and Herschel Gandy is sick of it. A wealthy Rugoso ranch owner and self-appointed defender of the border, he has taken to firing warning shots at illegals crossing over on his ranch. But when he finds a bloodied backpack near the place he had been shooting, the repercussions of his cover-up game affect the entire town.

Warren Coleman, the best border patrol agent in Rugoso, has been struggling with his conscience since allowing a trio of illegal aliens to cross one morning. One was obviously injured. After stopping a van smuggling drugs over the border, Warren shoots and kills the driver in his partner's defense. He is immediately thrown into national spotlight for his heroism, or brutality, depending on the source. While visiting his partner in the hospital, Warren again runs into the illegal with the injured hand. Fearing the consequences of his decisions, Warren must decide between leaving Rugoso for a new start, or pursuing his growing suspicion that there is more to discover about the Mexican's injury.

The Chicken Hanger confronts the present-day controversy of politics and prejudice along the U.S.-Mexico border. Rehder weaves between multiple perspectives and opinions of those protecting America and those hoping to become Americans, and asks whether a man's worth is measured by his citizenship, or by the life he leads. Long-standing arguments about border control in the South and the motives of opposing sides create a suspenseful tale of one illegal immigrant's fight for justice in the land of the free.

What listeners say about The Chicken Hanger

This was a very good story.A group of illegals try to cross the border ,not knowing they were in the hairs of a shotgun.One is shot.We find out how things go down when a town that works migrants but despises the 'wetbacks',react.Narration by Sergei Burbank was good.I was given this free review copy audiobook at my request and have voluntarily left this review.'

This is the first book I have read (listened to) by Ben Rehder, it was brilliant, I got so into it, I could not stop listening to it until the end, wanting to know what happened to all the characters, also along the way , gleaning what it is like for those risking all for a chance at a better life. It was also very well narrated by Serdeu Burbank. I am going to get straight into another book by this very talented writer, I know I will be completely engrossed in it!!!

I have enjoyed listening to Sergei Burbank

This is a very different book than the normal . It is a great book. It is deep and will make you think about the border problems.
Very well developed characters and a very well paced plot.

Lots of twists and turns, you want to cry laugh and get gun ho when a certain person gets his comeuppance
Thx Ben

A very good story of the US and people living on its border with Mexico, and how they struggle to cope with a changing world.

Narration is a good match

A Story for Our Times. . . Realistic

First -- the story: It is a good one, realistic in events and character. Very worth your while even though the characters and locale(s) seemed less well developed than they could have/should have been.

Second -- the narration: Generally well done, although there are segments that were clearly "redone" or inserted as the full taping was edited. I found the introduction of each new chapter to be oddly done, however. One word. Succinct. Spanish. Then English.

Third -- the story structure: It tried to flow seamless from scene to scene and time frame to time frame -- sometimes leaving me in the lurch. From evil rancher to sage advisor to suspicious physician assistant to crooked plant manager to border patrol agents to immigrants and around and around back and forth again. Although it worked (after a while,) in the early chapters, it was confusing and disconcerting. Listen carefully to names as they are first introduced and you'll do fine.

I liked this story for what it told about today's political issues regarding immigration and our nation's sense of responsibility and morality (or lack thereof) as we capitalize on illegal immigrants -- all the while punishing them for their presence here. Not that this book nor I can offer solutions to this complex issue -- the story makes you think deeply about prejudice, human character and the policies regarding the borders of this nation.

This was a very good story.A group of illegals try to cross the border ,not knowing they were in the hairs of a shotgun.One is shot.We find out how things go down when a town that works migrants but despises the 'wetbacks',react.Narration by Sergei Burbank was good.I was given this free review copy audiobook at my request and have voluntarily left this review.'

The book is very pertinent to the unrest going on in this Country. The immigration and unrest, and Border Security issues. I enjoyed the book. The way the Author presented both sides of the issue with complex Characters brought the story to life. The Narrator did a super job on the book as well, and his use of Spanish in some areas also brought a real taste of authenticity to the audience... Thank You!

sad, but some resolution

I tried to listen to this while eating my supper-
Don't!!! It's not conducive to good digestion. The biases and the descriptions of it and Ricky's workplace had my stomach roiling and bile in the back of my throat. This was very hard to listen to, but real life is not pretty. I voluntarily listened to a free copy of this and am giving an honest review. The narrator did a great job.

I intended to listen to this over several weeks and several long drives but I found myself sitting in the car just to continue. It’s sympathetic to immigrants but also shows the problems faced by landowners. I thoroughly enjoyed it.