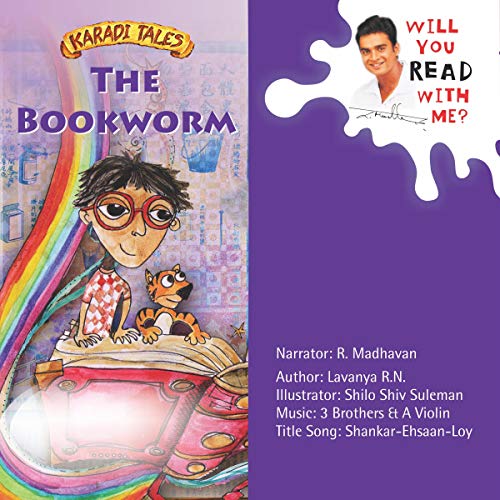 Sesha is a silent boy who reads all the time, and he has a little brown book that no one has ever seen the inside of. One day, Sesha speaks and no one understands why he speaks differently. But when they see his brown book and the magic he can create, Sesha becomes a whole new person. Learn a little more about the silence of Sesha and his little brown book in this empathetic story wonderfully narrated by R. Madhavan.

What listeners say about The Bookworm

Could have been written better

The Bookworm by Lavanya R. N is about a boy who enjoys reading and gets bullied and how he overcomes it, somewhat. The overcoming part was written very plainly to say the least. Bullies are hard to stand up to, however, stories should be the places where kids can draw up inspiration from and this is not as motivational a story. Well narrated by R Madhavan. This audio book was unnecessarily dramatized and too much background music and songs.

The narration was outperforming, nice short stories. the kids love it. The acting and voice so nice